Properly has launched Instant Estimate in the Lower Mainland.

Burnaby home buyers and owners, as well as Lower Mainland residents, can now see the current market value of any home thanks to a new online tool.

Properly, a real estate brokerage, announced on May 25 its program Instant Estimate had officially launched, a free tool that uses proprietary AI technology to provide the current market value of any home, not just ones that are for sale.

The company revealed which Burnaby neighbourhoods had the highest increase in appreciation during the pandemic by comparing the sold prices of homes in the Greater Vancouver region from July to December of 2020 (when real estate activity was most active that year) with their current Instant Estimate price.

Home appreciation is related to a house or investment property that increases in value over a certain period of time.

Burnaby neighbourhoods with the highest increase in appreciation:

According to the data, the average value of a residence in Burnaby saw an increase of 29 per cent. 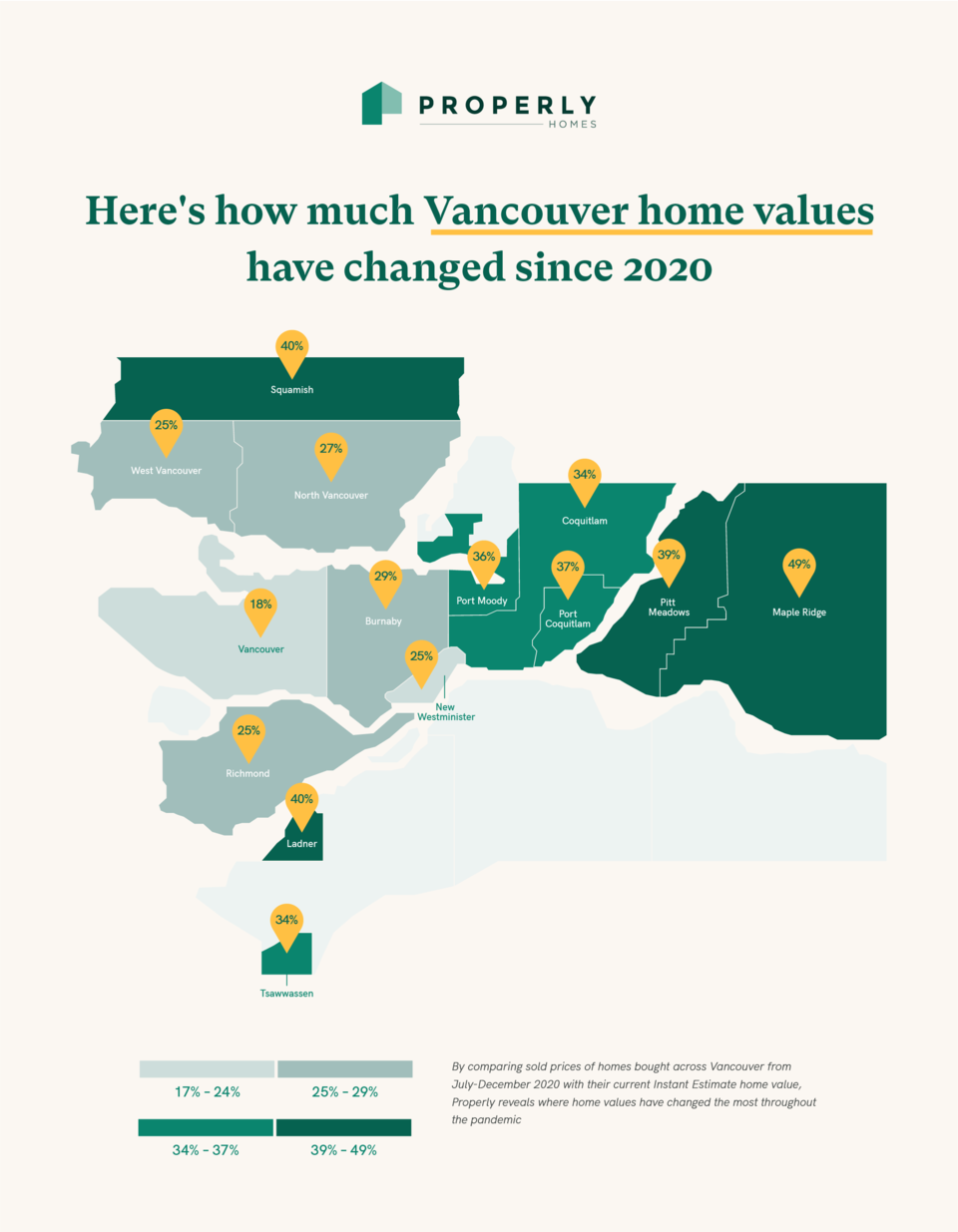 Municipalities with the highest appreciation increases since 2020

Users will need to create an account and login and then enter an address. Instant Estimate then populates the home value.