Businesses even have to turn down the sound on the game so people won't talk loud
Feb 5, 2021 10:10 AM By: Chris Campbell 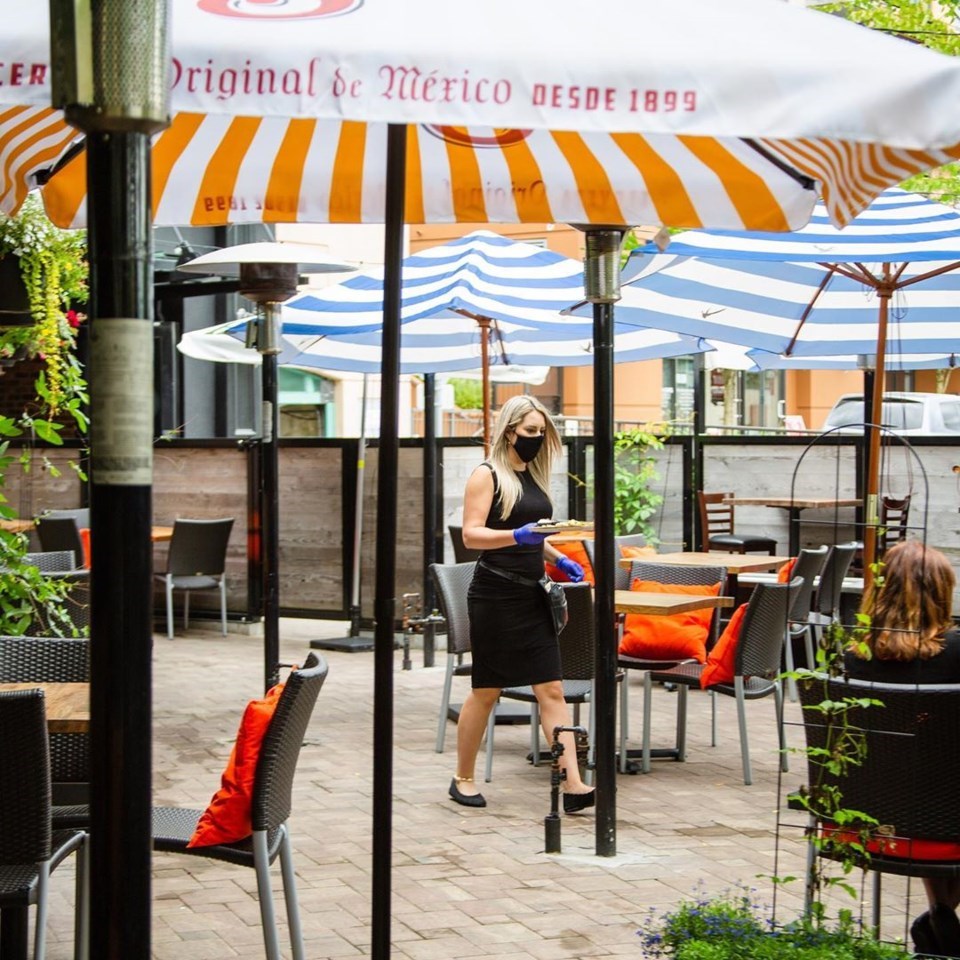 WorkSafeBC issued a warning on Friday to Burnaby bars, pubs and restaurants that they will be increasing inspections on Super Bowl Sunday to ensure they are following COVID-19 safety plans.

But one Burnaby bar manager says they are already following the rules, and added that these rules aren’t really clear enough on the eve of a big day for them.

“This is supposed to be one of our biggest money-makers of the year, but it’s unclear how we’re supposed to do this with the messaging we’re receiving,” said the manager, who didn’t want the NOW to mention the name of the business for fear of having inspectors “pick on us” on Sunday. “What we’re being told - it’s just so confusing.”

Provincial health officer Dr. Bonnie Henry has called for a time out on Super Bowl fun — even the giant screen TVs showing the afternoon game between the Tampa Bay Buccaneers and the Kansas City Chiefs will have to be turned down low so people don’t speak loudly and spread the virus.

Now, B.C.’s sports bars and restaurants are being warned to not do anything that will make watching the Super Bowl this weekend ‘special.’

That’s according to B.C.’s Alliance of Beverage Licensees (ABLE BC), which informed its members across the province Tuesday that bars and restaurants “must not host or promote anything resembling an ‘event.’”

“You must treat Super Bowl as any other televised sports game you might routinely display,” wrote the organization in correspondence to its members and seen by the Tri-City News.

“Do not have any promotional sales or anything that would make Sunday seem ‘special’ or out of the ordinary.”

The industry group added businesses should not actively promote the Super Bowl; offer contests, raffles, specials or draws; sell advance tickets; or charge a cover at the door.

The NOW contacted several pubs and bars, but none wanted their businesses named for a story.

Next door in Coquitlam, one pub manager went on the record to say that many of the measures don’t appear to make establishments any more dangerous, and how to follow restrictions and avoid fines on the usually busy Sunday is still not clear.

“We’re kind of in a holding pattern,” said Owen Coomer, general manager of The Taphouse, which operates some of the largest hybrid pub-nightclubs in the province with locations in Coquitlam and Surrey.

“Everything is just too vague.”

'WHERE IS THE LINE?'

In a post on Facebook Jan. 26, The Taphouse Coquitlam told customers it had already booked all of its available tables, which Coomer says are set well below the provincial limit.

Coomer had planned to condense his food and drink menu to a handful of ‘tailgate’ menu items, something he said makes it easier to manage the high volume of orders.

“It’s not like we’re trying to give away the house,” he said. “We just don’t want someone to get in and see chilli on the menu and get a fine.”

At the same time, Coomer said he knows of many other bars and pubs going ahead with promotions, specials and prizes during Super Bowl Sunday, and that by doing nothing to distinguish his business with something unique, it’s hard to compete.

“It’s so frustrating,” he said. “We’re just trying to do something different for a customer to come to us instead of a competition — especially in this grim environment.”

He added: “We’re very fortunate to still be open compared to the rest of the country… I would rather it be just black and white. Where is the line?”

Over at the Gillnetter Pub in Port Coquitlam, Super Bowl Sunday will be a quiet affair, with the bar at roughly 30% capacity and reservations required.

But those who do make it out for the 3:30 p.m. game won’t see much of the traditional hoopla, hear the usual raucous noise or be able to participate in games that usually get the patrons going on game day.

“We can’t have a party,” acknowledged manager Leisa Popove as she planned for a quieter event.

“Honestly, this is better than what they did on New Years,” said Popove, who said provincial health orders shut down bars and pubs at 8 p.m. on Dec. 31, challenging business owners who had purchased supplies for a long evening.

Popove said she hopes there won’t be any last-minute rule changes that would affect Sunday’s opening but she said diners can expect TV volumes set low, as required by B.C. COVID-19 rules, and no table-hopping to avoid the transmission of the virus.

“We’re are going to do it as a normal evening dinner service,” Popove confirmed.

Under new rules, the pub can’t advertise Super Bowl either.

Popove said the pub quickly took down an ad for dine-in service after it heard about the order.

“Events like the Super Bowl are typically some of the busiest days of the year for bars, pubs and restaurants, and we’re urging businesses to revisit their safety plan to make sure it will be effective, as there could be an increase in patrons,” says Al Johnson, Head of Prevention Services for WorkSafeBC.

WorkSafeBC says it has focused additional province-wide inspection and consultation efforts this week on restaurants, bars and pubs in advance of the Super Bowl. This work serves to remind businesses that they must have the required measures and controls in place to prevent the transmission of COVID-19 in the workplace. WorkSafeBC prevention officers will also be conducting inspections on Super Bowl Sunday, Feb. 7.