The end result isn't just the cutest thing you'll see today, but a creative take on storytelling that defines one dad's endeavour to slow down and savour life's little moments.
Feb 15, 2021 1:05 PM By: Megan Lalonde 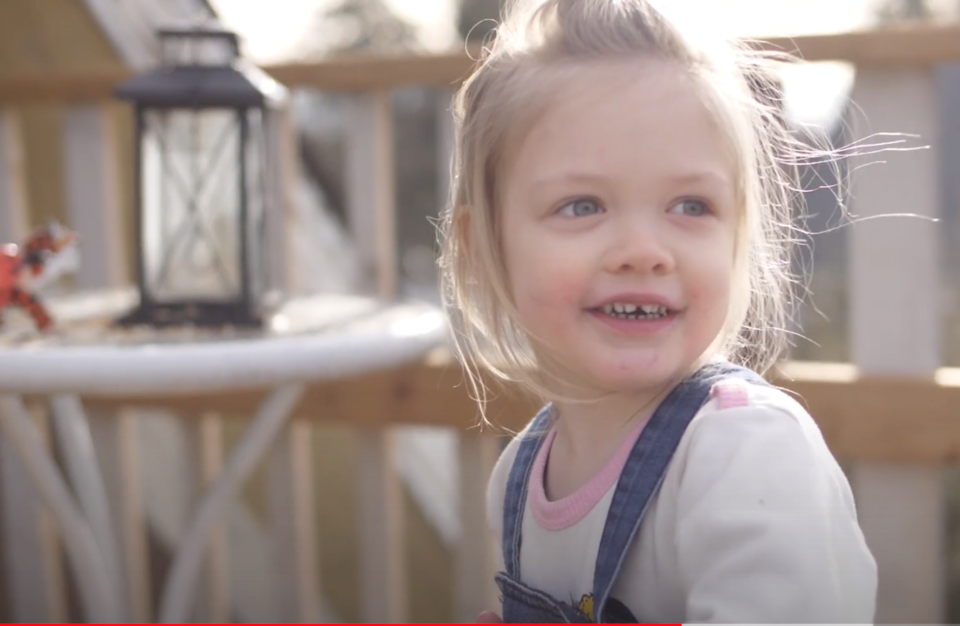 A Vancouver dad's attempt to slow time down resulted in a truly adorable time capsule video of his two-year-old. YouTube screenshot, "This 2-Year Old Girls Entire Day in Super-Slow-Motion" by Tim J McLeod

A Vancouver toddler is going to have one very unique home video to look back on as she grows up.

Video creator Tim McLeod recently released a video to YouTube documenting an entire day in his then-two-year-old daughter Anysia's life, from wake-up to bedtime. But this isn't your run-of-the-mill, 'everything I did in a day'-style vlog that seems to fill every corner of the Internet these days.

In a creative twist, McLeod shot the video entirely in slow-motion.

"I've just been trying to come up with things that I hadn't seen before," he told Vancouver is Awesome in a phone call over the weekend. "And this was like a test concept."

It was also a way for McLeod to quite literally slow time down and create a virtual time-capsule for his family, after receiving countless warnings from other parents about just how fast his daughter will grow up.

When he hears these cautionary tales from other dads whose children have already flown the coop, sometimes "it sounds as if they're living in regret that they don't have it anymore, but that's not what I want," McLeod shared. "I want to, like, fully take in, fully absorb and enjoy all these moments. That's the way to slow down time."

The biggest challenge associated with the project, he said, wasn't keeping up with the adorable toddler for a full day, but cutting down the hours upon hours of 120-frames-per-second footage he collected last year and editing it into a watchable, three-minute video.

When shooting in slow-motion, "one second becomes three seconds, or it could become longer, depending, so if you shoot five minutes of slow motion, there's 15 minutes," he explained.

"I tried to edit it a couple times and it didn't come together. The technique that did work for me was to figure out the music," he added.

One lesson McLeod learned while filming "was that the magic moment lasts a flash of a second, and then it's gone," he said.

"You can't just record that moment, you've got to record a bunch of extras while waiting and waiting for that moment. Then when you think you have it—you question yourself, 'How's it gonna look?' It was a really funny experiment where I was constantly doubting myself and whether or not I captured the moment, and then at the end of it, being like 'Wow there's so much here," he explained. "It was a real joy to do."

The heartfelt end result is magic moment after magic moment strung together, capturing everything from breakfast and blanket-fort tea parties to a few post-lunch, pre-nap tears and even a sunset stroll through their East Vancouver neighbourhood.

McLeod called the experience "amazing," and said he hopes to repeat the experience with Anysia's younger brother when he reaches the same age. There's "something about a kid being two and a half," he said. "The world is really special to them."

He even has ideas expand the slow-mo concept outside of his family to capture a "day-in-the-life" of other individuals. "How cool would it be to see, like, a three-minute video of a firefighter's day in slow-motion, or a professional surfer's day?," he mused.

And as far as his first subject's reaction?

"We watched it like four times in a row," he said with a laugh. "She really loved it."

Check out the video below: