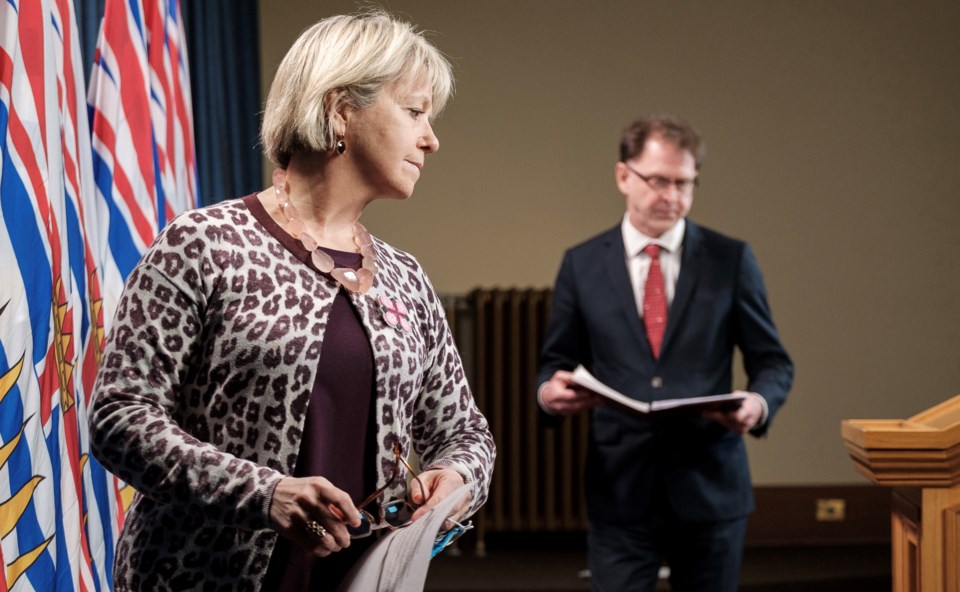 Vaccinations have helped reduce the number of outbreaks at seniors' homes, but B.C. has a long way to go until they start to have any widespread effects.

The number of British Columbians actively fighting COVID-19 infections rose by 89 overnight, to 4,743 – the highest number since January 13, more than seven weeks ago. This came in part because another 564 B.C. residents were diagnosed in the past day as having the virus that has spawned the global pandemic.

The number of those with serious infections is also on the rise. Those hospitalized rose by two overnight to 248, which is the highest number since February 5 – almost four weeks ago. Of those, 63 individuals are sick enough to be in intensive care units. When all newly added hospital beds across the province are included, B.C. hospitals are at 74.4% capacity, Health Minister Adrian Dix said March 4.

Health officials are closely monitoring another 8,659 people for symptoms because they have had known exposure to individuals identified as carrying the virus. That is the highest number since January 8, almost eight weeks ago.

Some cases of COVID-19 are identified as being variants of concern because they are mutations from the main strain of COVID-19. B.C. detected 46 more of these cases overnight, for a total of 246. There is a lag in detecting many of these cases.

She sounded optimistic about B.C.'s vaccine roll-out, even though many have criticized it for being too slow.

"We're getting our regular supply of vaccines and more vaccines are on the way," she said. "We know that the Johnson and Johnson vaccine is in for final review with Health Canada. We don't yet know when it might be available but that will be another tool, another piece that we can add to our toolkit."

Health officials launched a new vaccination strategy earlier this week, whereby they plan to provide an interval of up to 112 days between doses in order to give more people first doses of vaccine as soon as possible.

That is why 8,922 of the 9,052 vaccine doses that went into British Columbians' arms in the past day were first doses, with only 130 doses going to individuals as second doses.

In total, 212,115 British Columbians have received at least one dose of a vaccine since the first dose was administered on December 16, more than 11 weeks ago. Of those, 86,746 have had second doses.

Dix recently said that around 98% of seniors in care homes have had at least one dose of vaccine, and Henry on March 4 followed that up by saying that an easing of restrictions on visitors need not come after all residents and staff have had second doses. She did not, however, give a timeline for when she would ease restrictions.

Good news is that there were no new outbreaks of COVID-19 identified at seniors' homes in the past day.

None of the nine active outbreaks at seniors' homes is in the Vancouver Coastal Health region.

Royal City Manor is by far the largest of those current outbreaks, as it has had a total of 133 cases and 31 deaths, according to government data up until March 2.

The outbreak at Glacier View Lodge in Courtenay is the only outbreak at a seniors' home in the Island Health region.

The only outbreak at such a facility in the Northern Health region is at the Acropolis Manor in Prince Rupert.

The two active outbreaks at seniors' living facilities in Interior Health are now at Brocklehurst Gemstone Care Centre in Kamloops, and The Florentine in Merritt.