Boaters urged to use caution around hurt humpback off Vancouver

VANCOUVER — A conservation organization is warning boaters to be extra careful around an injured humpback whale spotted in the water off Vancouver.
Apr 14, 2021 3:59 PM By: Canadian Press 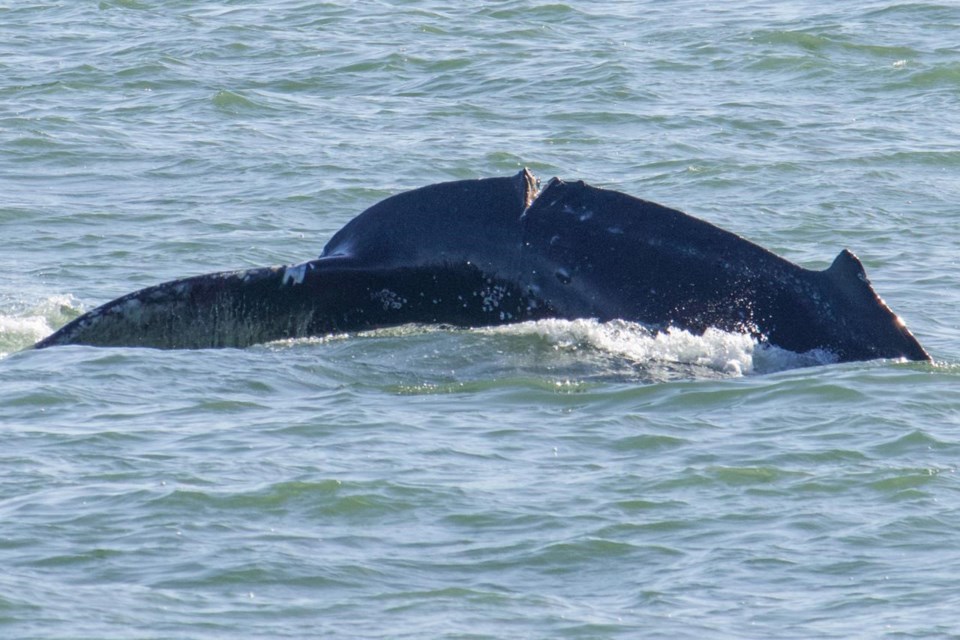 VANCOUVER — A conservation organization is warning boaters to be extra careful around an injured humpback whale spotted in the water off Vancouver.

Ocean Wise says in a news release the whale was last seen near Vancouver's Point Gray and has a deep cut on its tailstock.

The organization says whale watchers first noticed the wound three days ago and believe it was caused by a vessel strike.

Boaters are required by law to slow down to below seven knots when within one kilometre of a whale and stay back a minimum of 100 metres.

She says the whales remain underwater for more than 15 minutes in some cases but tend to feed at the surface.

"They can surface suddenly and without warning. For both boater and whale safety, it is important to operate vessels carefully in areas of known whale density, and to keep an eye out for signs of whale presence, such as blows, splashes, or aggregations of birds," she says in the statement.

Boaters have also been severely injured in collisions with whales, she says.

The humpback whale population has made an "impressive comeback" in the past 50 years, but they are still affected by human activity and are listed as a species of special concern under Canada's Species at Risk Act, the release says.

This report by The Canadian Press was first published April 14, 2021.