Casimir says Tk'emlups find is series of unmarked graves, not a mass burial

“This is not a mass grave, but rather unmarked burial sites that are, to our knowledge, also undocumented."
Jun 5, 2021 6:00 AM By: Tim Petruk 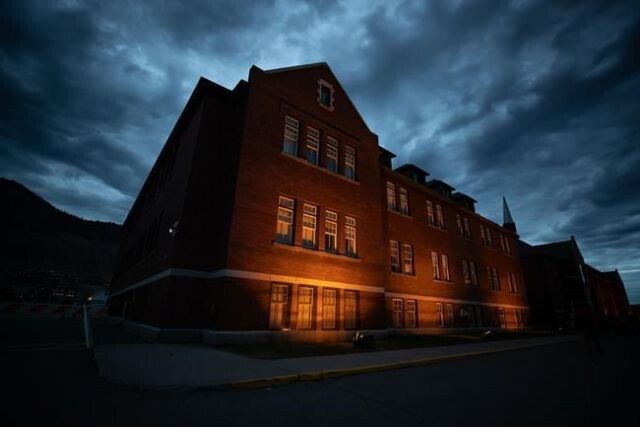 The Tk'emlups te Secwepemc band announced last week it had located the remains of 215 children on the grounds of the former Kamloops Indian Residential School.Canadian Press photo

The remains discovered recently on the grounds of the former Kamloops Indian Residential School are not in a mass grave, but a series of unmarked graves.

That point of clarification was made on Friday by Tk’emlups te Secwepemc Kukpi7 Rosanne Casimir.

“This is not a mass grave, but rather unmarked burial sites that are, to our knowledge, also undocumented,” she said during a news conference.

“These are preliminary findings and we expect to have a final report near the end of this month. We will be sharing the findings, including the technical aspects, with our community and with the home communities of the lost children, and also with you, the media.

“For all the questions regarding the technology costs and details of the findings, know we will share when we get to that point.”

Last week, Casimir announced a ground-penetrating radar survey had found the remains of 215 children on the grounds of the former school.