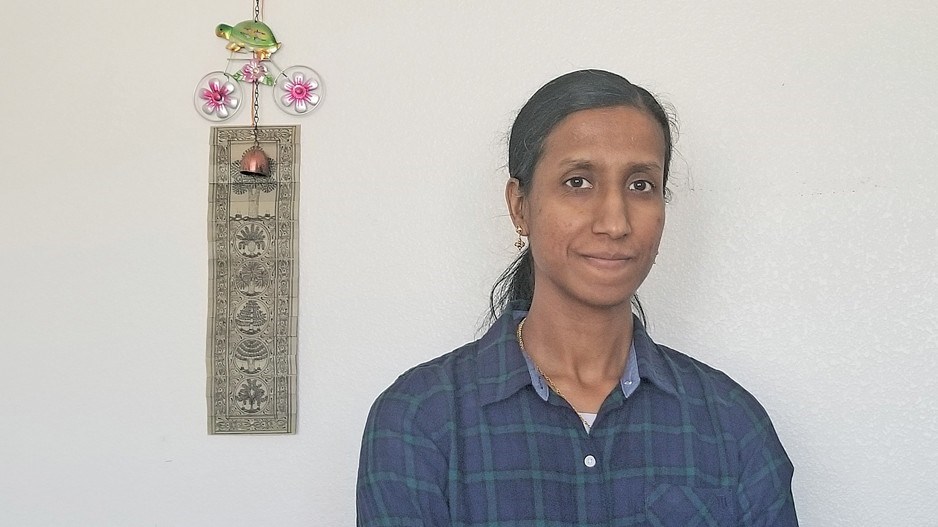 Rekha Krishnan, SFU associate professor of international business: "There won't be any eye-rolling when someone sees you wearing a mask."

With many British Columbians eager for post-pandemic partying, social scientists will be watching whether habits learned, and ritually followed, over the past year will become less common, as people question their value.

Science has determined that COVID-19 spreads through droplets in the air.

Recent studies also provide evidence that minuscule particles of the SARS-CoV-2 virus, which causes COVID-19, could linger for extended periods of time in air, and travel further than two metres – something scientists call being “airborne” or “aerosol.”

One thing scientists increasingly agree on is that there is little risk of contracting COVID-19 from touching surfaces that have been contaminated with an infected person’s respiratory droplets.

Still, people are told to wash hands frequently, use hand sanitizer and not touch their faces with their hands.

Business owners, similarly, have had to adhere to COVID-19 safety plans that require staff at retail stores and restaurants to continually wipe down and disinfect surfaces.

The term “hygiene theatre” has started to appear in scholarly writing, and has been used in recent New York Times and Atlantic articles to describe cleaning that has little practical effect.

The U.S. Centers for Disease Control and Prevention (CDC) updated its guidelines in April for how frequently people should sanitize surfaces,

"Cleaning once a day is usually enough," the CDC said on its website.

It noted that the risk of contracting COVID-19 from touching a contaminated surface is less than one in 10,000.

An article in the scientific journal the Lancet, titled "Exaggerated risk of transmission of COVID-19 by fomites," contended that previous scientific studies had included orders of magnitude more samples of the virus (or fomites) on surfaces than would be found in real-life situations.

So while touching a surface that had been coughed on by 50 people in a short timeframe may be a high-risk activity, the reality is that this situation is rarely present in day-to-day life.

“Touching things is a very low risk way of getting infected,” University of British Columbia psychology professor Steven Taylor told BIV.  "And yet, a lot of companies and stores are insisting on washing things, and disinfecting things. That has been dubbed hygiene theatre."

Seniors’ living facilities in B.C. had strict protocols for visitors during the height of the pandemic.

Some required visitors who brought in knapsacks to put them in plastic garbage bags to prevent any trace of the virus from being brought into the residence.

These kinds of rituals are conducted, Taylor said, not because it keeps people safe, but because it gives them a sense that they are doing something, thereby making them feel safer.

“Hygiene theatre” is a twist on a similar phenomenon, dubbed “security theatre,” which took hold after the September 11, 2001, terrorist attacks in the U.S.

In the years after those attacks, governments enacted new measures to ban people from bringing liquids through security checkpoints even if the person was drinking the liquid to prove that it was not an explosive.

How much risk a person is willing to take depends on that individual.

While wearing masks can prevent some airborne virus transmission, Taylor said he expects most people in western societies will stop wearing masks when shopping if stores stop requiring them to because mask wearing has not been an established part of western culture or a long-term habit.

Other academics believe that the significance of the pandemic in almost everyone’s life will leave an indelible, long-term acceptance of mask wearing.

“There won’t be any eye-rolling when someone sees you wearing a mask,” said Rekha Krishnan, associate professor of international business, innovation and entrepreneurship at Simon Fraser University’s Beedie School of Business.

“It’s going to be a more accepted part of the interaction ritual.”

Krishnan, who has studied social rituals in society, is concerned that there may be scenarios where some people post-pandemic wear masks only when they are around a designated group of people the mask wearers view as being dirty, infectious or disease-prone.

That, she told BIV, would be an avoidance ritual similar to what has taken place in India, where some people avoid low-caste individuals.

Overall, mask wearing and social distancing have weakened bonding rituals in society and left some people feeling alienated, she said.

Krishnan added that workplace rituals, such as employee training, informal dinners and water cooler small talk can be invaluable in forging connections among workmates.

She believes that some of the hygiene theatre practised during the pandemic, such as providing hand sanitizer at restaurant entrances, could persist.

“Having a very clean restaurant, which is hygienic, and having staff maintain these practices might invite more customers,” Krishnan said, “so I wouldn’t be surprised if that stays.”

He agreed that having hand sanitizer at restaurant entrances gives the impression of being clean and sanitary, but he added that, as time goes on, the practice “will gradually taper off” because the rituals of hygiene theatre will wane in a post-pandemic era. •