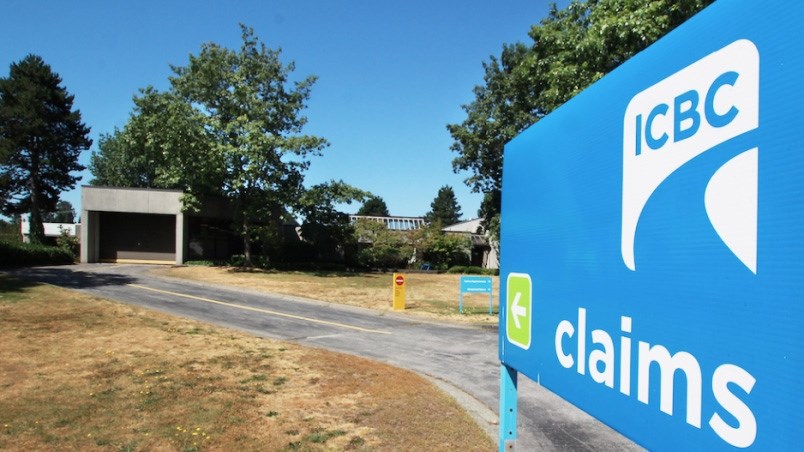 Chief Justice Christopher Hinkson ruled it is unconstitutional for Victoria to simply reassign determination of accident claims out of the courts and to its own online tribunal.

Attorney General David Eby, minister in charge of ICBC, said the decision has already been accounted for in the provincial insurances finances and won’t affect the COVID-19 rebates or reductions in rates effective May 1.

With the decision, said the Trial Lawyers’ Association of B.C. (TLABC), the court has put a check on the government’s ability to create its own tribunal to decide claims against ICBC. And, the association said, the court has also affirmed the historic right of accident victims to pursue remedies for their injuries before the courts should they wish.
Among the plaintiffs was Melissa Rondpre who objected to the online tribunal aspects. “To have a fair process you should get an impartial judge, that evidence should be given, and witnesses should be questioned,” she said. “Submitting information to a tribunal online just because it is quick is an unfair process.”

The act was amended by the NDP government as part of a suite of reforms to the provincial motor insurance system, some giving the Civil Resolution Tribunal (CRT) jurisdiction over motor vehicle claims.

The plaintiffs asserted the act gave power belonging to the courts to tribunal members appointed by the provincial cabinet. They argued this was unconstitutional as that power sits with federally appointed members of the judiciary.

Further, they said, the act diverts claimants from their right to be heard by a judge.

However, Hinkson noted in discussing innovative ways to access justice, that concept does “does not necessarily equate to access to courts but rather requires access to justice, in its many forms, including administrative tribunals if those tribunals are constitutionally created.”
He called the case at hand as being about providing access to justice in an alternative forum.

TLABC president Kevin Gourlay said the case is about access to justice.
“If ICBC wrongly tells you that you were at fault for an accident or wrongly tells you that your injuries are minor, you should have access to an independent court,” he said. “This unconstitutional law created an online government tribunal into which ICBC intended to force certain accident claims.”

Giourlay said the decision confirms the right of people to access the courts when they believe an ICBC decision is wrong. “It does so by declaring that the government cannot give the power to decide accident claims to its own online tribunal.”

The attorney general's office had argued the motivation of the trial lawyers was not litigants’ rights “but rather the protection of the pecuniary interest of personal injury lawyers who bring MVA claims before the superior courts on the basis of contingency fee arrangements.”

Eby said the government would review the decision.

“We made changes so those who are injured in motor vehicle accidents can use the Civil Resolution Tribunal to resolve their lower-value disputes in a timely and fair manner,” he said.

“The CRT is an independent tribunal which has been in place for years and fairly resolved thousands of disputes, including small claims and strata property disputes.”