VANCOUVER — Residents of the Lower Mainland in B.C. between the ages of 55 and 65 can now schedule an appointment to receive the Oxford-AstraZeneca vaccine, but making a booking might be challenging.
Mar 31, 2021 10:00 AM By: Canadian Press 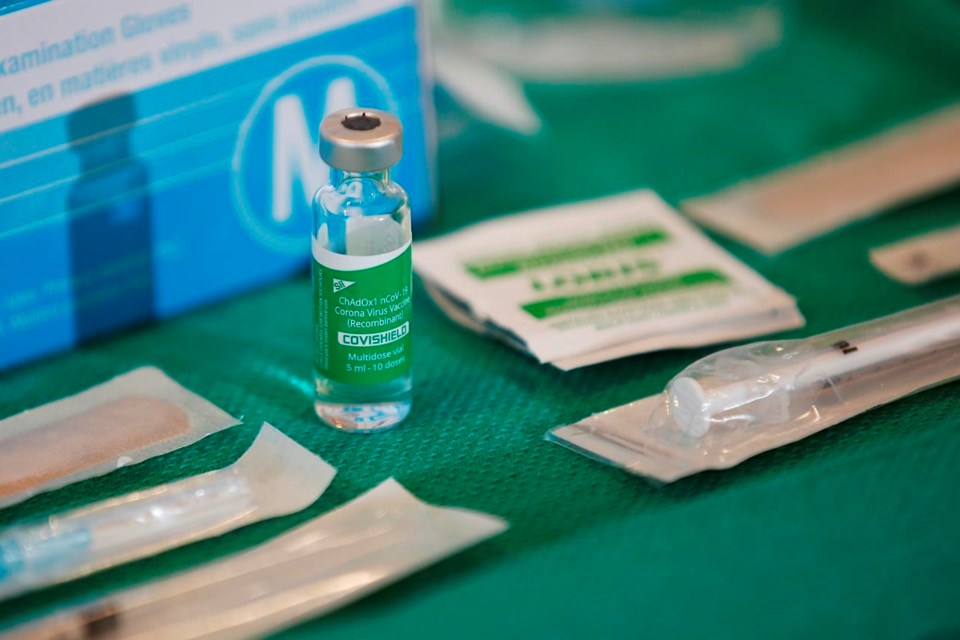 VANCOUVER — Residents of the Lower Mainland in B.C. between the ages of 55 and 65 can now schedule an appointment to receive the Oxford-AstraZeneca vaccine, but making a booking might be challenging.

A statement issued by the Ministry of Health said appointments opened today, but London Drugs posted a message Tuesday saying all bookings at its three designated sites had been filled.

The tweet from London Drugs said the response to the wider vaccination program has been "overwhelming."

The province decided to bump up its age-based immunization plan for AstraZeneca shots after concerns about rare blood clots prompted the National Advisory Committee on Immunization to pause the use of the vaccine for anyone under 55.

Provincial health officer Dr. Bonnie Henry says in a news release that the vaccine remains highly effective and its benefits for those over 55 far outweigh the risks of COVID-19 infection.

More than 99,000 B.C. residents have been diagnosed with COVID-19 since the start of the pandemic and infections have surged across the province in recent weeks, with 840 new cases reported Tuesday.

"As soon as the news was public all of our Lower Mainland British Columbia stores became inundated with customers wanting to book appointments," London Drugs said on Twitter.

"As soon as more supply becomes available, we will open up our online booking similarly to what we would do with routine flu vaccinations. We are ready to vaccinate as many people as possible and expect more information on increased allotment will be coming in the days ahead."

This report by The Canadian Press was first published March 31, 2021.

View the world a little differently at this new video exhibit in North Vancouver
Apr 10, 2021 3:05 PM