VANCOUVER — Legislature member Michael Lee is taking another run at the leadership of the B.C. Liberal party.
Jun 10, 2021 11:41 AM By: Canadian Press 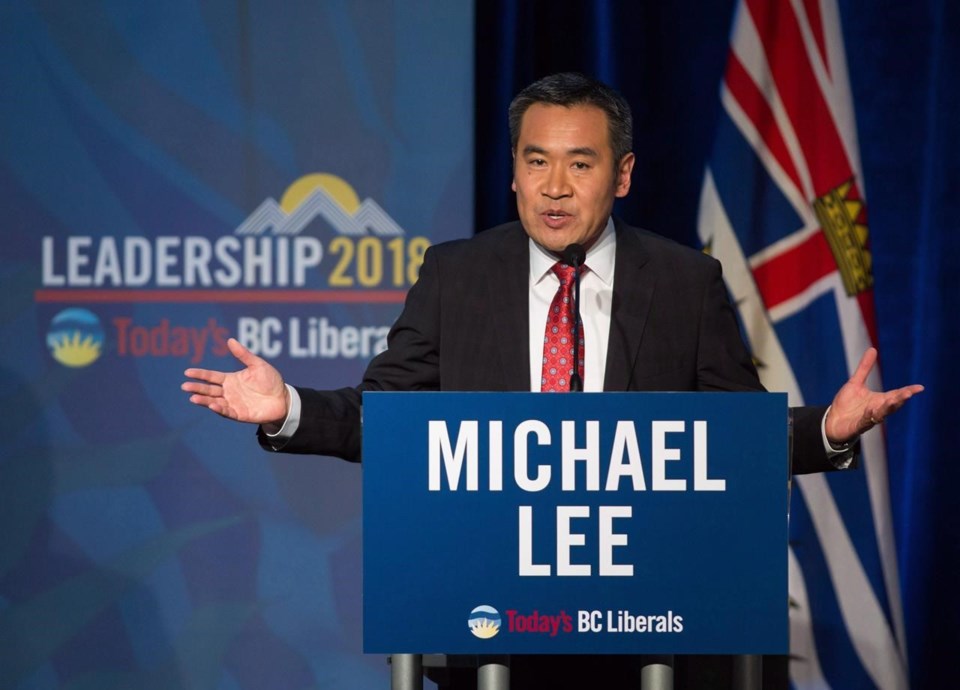 VANCOUVER — Legislature member Michael Lee is taking another run at the leadership of the B.C. Liberal party.

Lee, who has represented the riding of Vancouver-Langara since 2017, hopes to succeed former leader Andrew Wilkinson, who resigned after the New Democrats won a majority government in last fall's election.

Lee, a business lawyer, had held his seat in the legislature for less than a year when he ran in the last Liberal leadership contest in 2018, finishing third behind Wilkinson and former Surrey mayor Dianne Watts.

If Lee wins the leadership vote, he says he will build a broader, more inclusive party and province.

The party is scheduled to announce the winner of its leadership contest on Feb. 5 to replace its interim leader, Shirley Bond.

This report by The Canadian Press was first published June 10, 2021.