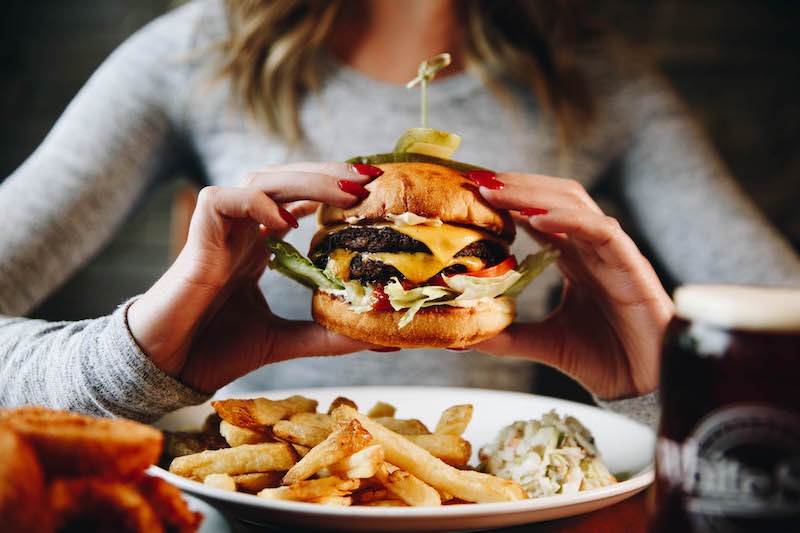 On July 29, 2021, White Spot and Triple O's locations in British Columbia, including on BC Ferries, will donate $2 from every burger sold to the Canadian Red Cross BC Wildfire relief appeal, and the Canadian and B.C. governments will each match those funds. Photo courtesy White Spot restaurants

Vancouver-based family restaurant chain White Spot and its casual burger-centric sibling Triple O's are holding an upcoming fundraiser day in support of relief efforts for those affected by the current wildfires in British Columbia.

“The B.C. wildfires are having a devastating impact on our province including many of the communities in which we call home,” said Warren Erhart, President, White Spot Restaurants.

There are currently over 200 fires burning across the province; the official count as of the night of July 21 put the total at 277, according to the B.C. government.

On Thursday, July 29, all 96 White Spot and Triple O's locations in British Columbia - along with onboard all 11 BC Ferries offering White Spot dining - will donate $2 from every burger sold to the Canadian Red Cross 2021 BC Fires appeal. The donations will be made from dine-in and to-go orders, however, Pirate Paks, Kids Meals, deliveries, and other discounted orders will be excluded.

As a powerful incentive, both the Government of Canada and the Government of British Columbia will each match every dollar donated on the July 29 burger campaign - that means for every White Spot or Triple O's burger you enjoy that day, $6 will go toward B.C. wildfire relief efforts.

“We are a community-first organization and are proud to have received immediate agreement from our family of franchisees and partners to provide support. We hope these much-needed funds will provide some relief to those who need it most during this extremely challenging time," added Erhart.

In 2017, during a particularly devastating wildfire season in B.C., a similar fundraising initiative brought in $60,000.

Where: All B.C. White Spot and Triple O's locations, including on BC Ferries