12 die in B.C. from COVID-19 on weekend, as new infections stay low 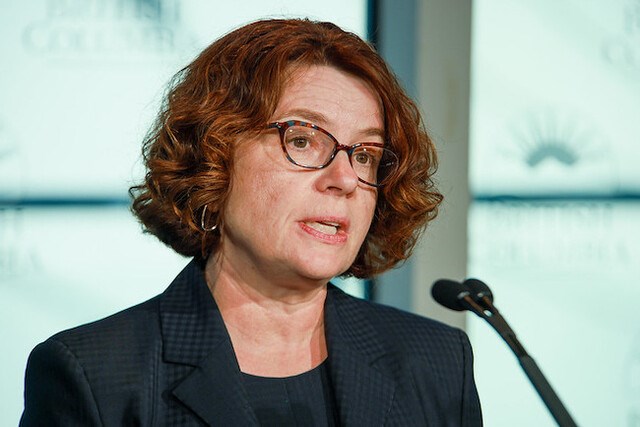 While B.C.'s steady decline in the number of new COVID-19 infections continued on the weekend, another 12 residents died from the disease, according to B.C. data.

This raises the province's death toll from the pandemic to 1,722.

The last time that the number of new infections in B.C. in a day was as low as 131 was on October 13, when 101 new people were identified as being infected.

The vast majority of the 2,102 infected people have been told to self-isolate, although 199 are in hospital, with 63 of those being in intensive care units. Those totals have come down considerably from all-time highs of 511 people in hospital, and 183 people in intensive care units. There has not been so few people actively infected in B.C. since October 23, when there were 2,009 such people.

While the decline in the number of those hospitalized is good news, Health Minister Adrian Dix stressed that "the healthcare system is incredibly active," and that on June 2 there were more ambulance calls than on any other day in years.

Health officials provided 146,911 doses of vaccine during the weekend, to 89,390 new people, with the other 57,521 doses being needed second doses.

Gustafson estimated that these numbers translate into 74% of B.C.'s adult population being vaccinated with at least one dose, and 72% of B.C.'s population that is at least 12 years old.

People who received a first shot of the AstraZeneca vaccine will today start getting phone calls, texts or emails to alert them when they are eligible to book an appointment to get their second dose of vaccine.  The expectation at this point is that the soonest that the bookings will be able to happen is eight weeks after the person's first dose.

These individuals will be able to choose whether to have their second dose be AstraZeneca, at a pharmacy, or Pfizer or Moderna, at a provincial vaccination centre.

Gustafson was asked whether people will be given a clear idea of the when the soonest time will be for each of those vaccine options, and she said, "that kind of precision is unlikely to be available to people."

That means that there are now six outbreaks at seniors' homes. They are:
• Brookside Lodge in Surrey;
• Cherington Place in Surrey;
• Glenwood Seniors' Community in Agassiz;
• Heritage Manor in Fort St. John;
• Richmond Lions Manor-Bridgeport in Richmond; and
• Spring Valley Care Centre in Kelowna