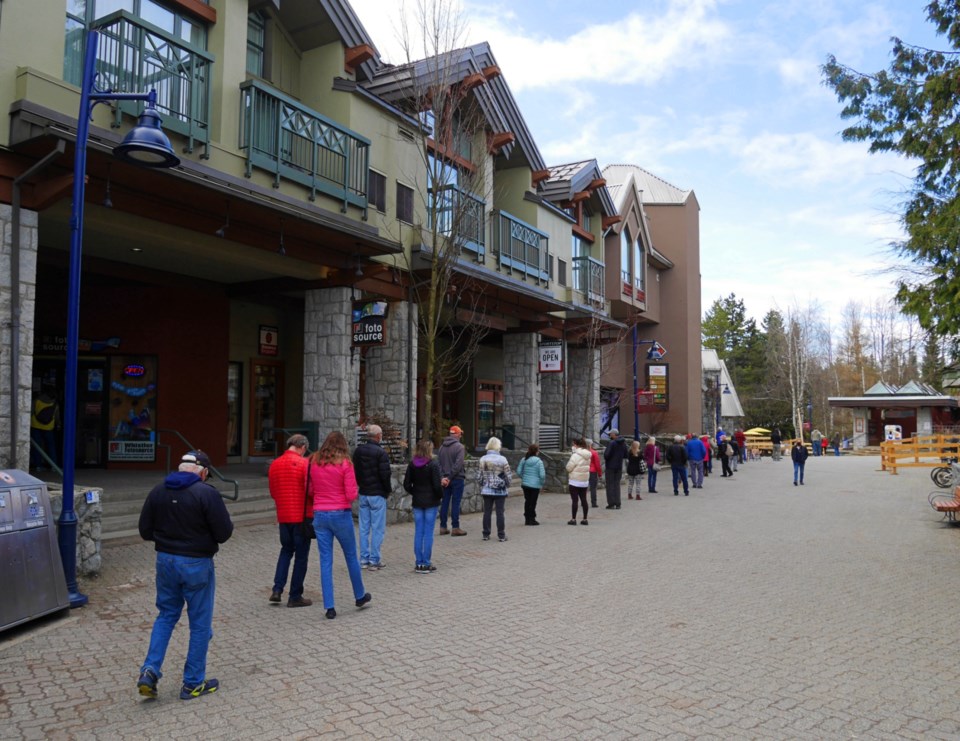 A long line of Whistler residents patiently wait to receive their COVID-19 vaccines on Tuesday, April 6. Photo by Jim Budge

The Howe Sound health region continues to be B.C.'s hotspot for new COVID-19 infections, after it confirmed a record number of positive test results last week.

The region, which encapsulates Whistler, Pemberton, Squamish and parts of the southern Stl’atl’mx Nation, saw 410 people test positive for the coronavirus in the seven-day period spanning March 28 to April 3, according to the British Columbia Centre for Disease Control.

That represents approximately one per cent of the region's population, which was listed at just over 38,000 people in 2017. Previously, the most COVID-19 cases logged by the Howe Sound health region in a single week stood at 287, recorded from Jan. 24 to 30. 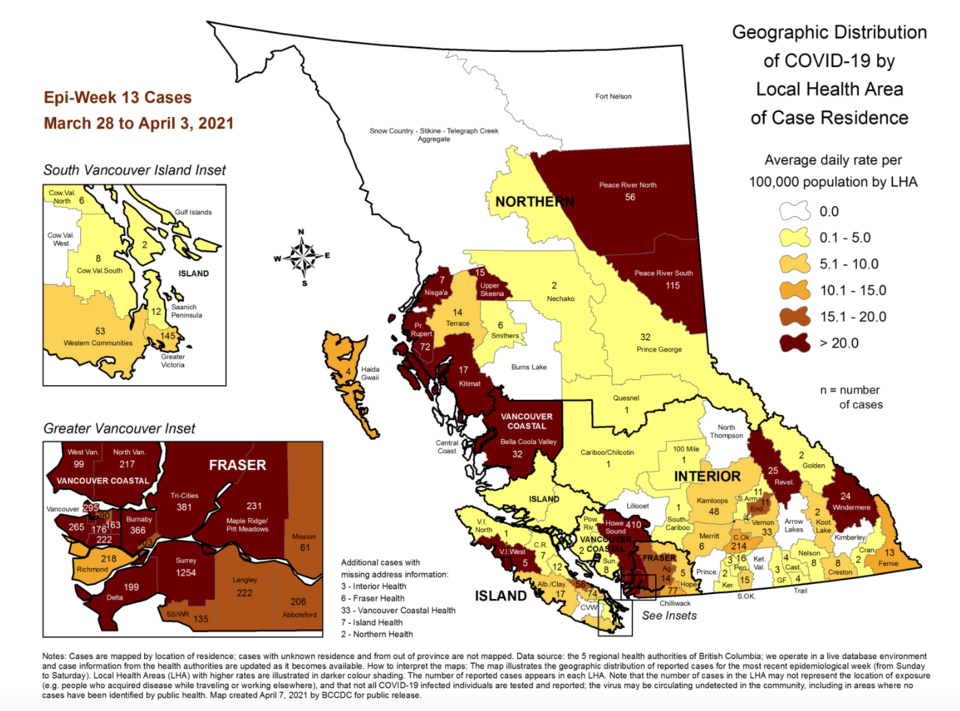 The latest weekly COVID-19 figures for B.C. as of April 7, divided by local health regions. By Screenshot courtesy of the British Columbia Centre for Disease Control
The most recent Whistler-specific case counts were made available by Vancouver Coastal Health (VCH) last week. They showed that 218 new cases of the coronavirus were identified within the resort municipality from March 22 to 28.

VCH does not typically publicize caseloads in small communities in order to protect medical privacy.

The resort's worsening outbreak prompted Whistler Mayor Jack Crompton this week to call on the province to launch a community vaccination program for all locals aged 18 and older.