A message for 2069: Cheakamus Centre celebrates 50th with time capsule 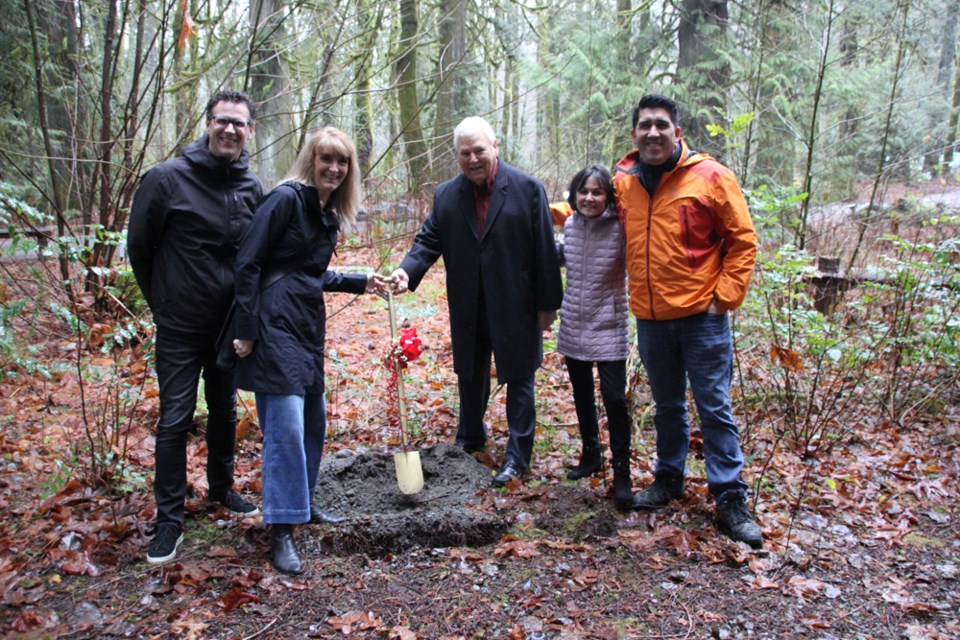 Since 1969, hundreds of B.C. students have crossed through the Cheakamus Centre, picking up valuable environmental and outdoors knowledge during their stay in the wooded area north of Squamish.

At the centre's 50th anniversary celebration on Dec. 6, more than 100 North Vancouver students gathered to witness the burial of a time capsule, set to be opened in another 50 years.

Christie Sacré, now the chair of the North Vancouver Board of Education, first visited Cheakamus Centre as an elementary school student. So did her children. She's learned first-hand — as a student, parent and trustee — the value of the immersive program that focuses on place-based learning.

"It's nice for our students to be able to come here, get into nature, put away the phones. Put away all that part of life, and it's back to basics. These are real animals," she said. "Just give a healthy respect for all of that."

Mark Pearmain, the superintendent of the North Vancouver School District, said the capsule will give a snapshot of what learning was like in 2019.

"My hope is that they'll see how much society has progressed," Pearmain said.

For those opening the capsule in the future, Pearmain said, "As they're the leaders leading the community, leading the province and maybe leading the country, that they're grounded in that philosophy of we need to take care of what we have. I think at the same point in time, fully embracing the Indigenous cultures within government and within our way of being. This is the year that UNDRIP [United Nations Declaration on the Rights of Indigenous Peoples] was signed by the B.C. government — the first province in Canada. It's an incredibly important step."

For current students, Pearmain said it will help them think of how actions taken now will impact the next 50 years.

The capsule includes mostly letters from the school district, the ministry of education and students.

Father-and-son duo, who are cultural education facilitators at the centre, Khapquolanogh (Henry) and Siýámken (Matthew) Williams, added devil's club salve and a traditional cedar bark bracelet to the capsule.

Each student, from Lynn Valley Elementary and Queen Mary Elementary, wrote reflections on their experience at the centre. The founder of what was then called the North Vancouver Outdoor School, Don Robertson, added his own letter to the capsule as well.

In an interview with The Chief at the ceremony, Grade 6 students shared their experiences from the camp. They raved about learning to use a compass and orienteering through the forest, as well as getting more familiar with local species. All five students agreed they learned more than they would have in a classroom setting.

"The environment that we're in is really good as well," said Jess Casley, a Grade 6 student, "Because you have fresh air."

Casley also added how much the students enjoyed not having access to technology, and all of the students interviewed said they felt more independent.

Alice Benda, a Queen Mary student, said she plans on camping a lot in the future.

"I love to be outdoors. I'm one of the most outdoorsy people in my family and people I know," she said, adding the skills she's learned at the centre will help her camping.

Luca Conte, a Lynn Valley student, said his favourite part of the experience was catching salmon from the river, to help make more salmon eggs.

As for the time capsule, the students said it was cool that in the future, kids around their age would be opening up their messages. They all said it was a privilege to be involved.

Just before the first shovel of dirt was thrown on the capsule, Pearmain told the students that perhaps in 50 years, they would be back at the centre. Perhaps they would be teachers or trustees or stewards.

"They will open it up and say 50 years ago, there were also kids here that learned just like us," Benda said.