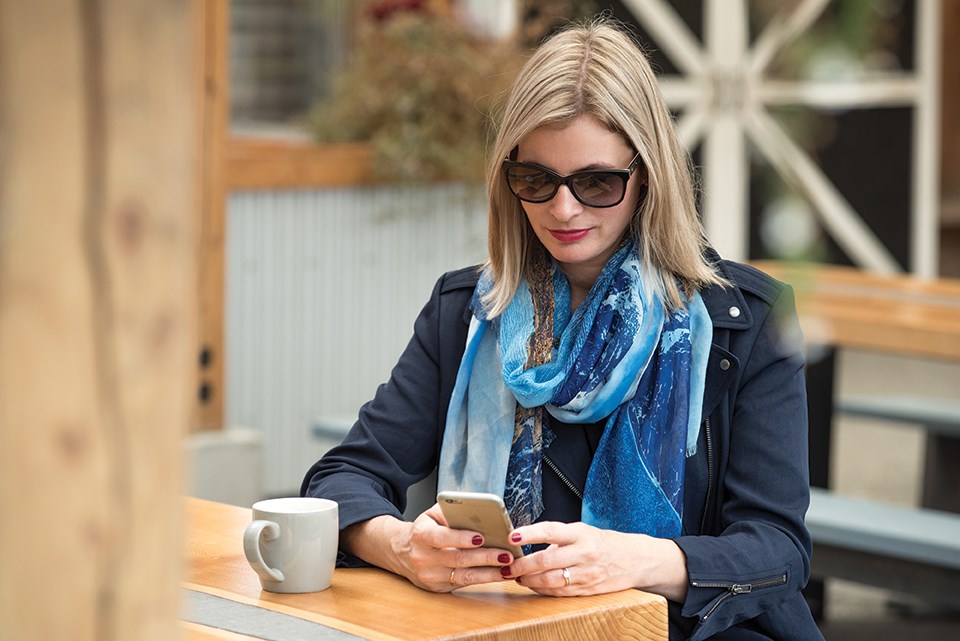 Local photographer and business owner, Clare Hodgetts, has teamed up with some of Canada’s top nature photographers to help create a collection of eco-friendly, limited-edition prints on scarves to help raise money for charities across Canada.

She and 14 other photographers (one from each province and territory, and an artist from Haida Gwaii), are part of this year’s InFocus project, run by her lifelong friend and CEO of Ethical Profiling and Econic Apparel, Kemp Edwards.

Each was asked to create a single, quintessential image that captured the beauty of the area in which they lived, which were then printed on 15 unique scarves with a print run of just 100 for each design.

Hodgetts, who also co-founded InFocus, chose a floral design for her image.

“I was trying to think of something that tied the whole of Canada together, and flowers are in every corner of Canada. The colours also really pop on a scarf.”

Not only are the scarves wearable art, Edwards said, they’re also made entirely from recycled plastic bottles.

“People are amazed by them when they see them,” said Hodgetts. “Partly, they’re drawn in by the imagery…but once they see and feel how soft and silk-like they are, it’s hard to believe they’re made from recycled pop bottles.”

Edwards spent a great deal of time developing a fabric that would print well and do the photography justice.

The level of detail on the scarves is incredible, said Hodgetts.

“Whether it’s rocks, the ocean, ripples on water, needles on trees, it’s not just a blur; the image is clear right down to the smallest detail.”

The scarves appeal to all ages, according to Edwards. “We’ve had both men and women of all ages buying them from 17 years-old up to 70 years old.”

Some people even choose to hang them on their walls as art. Which is exactly what Hodgetts will be doing in the next few weeks at one of Squamish’s newest restaurants.

“I’m currently framing four of the scarves for The Joinery, which will look like large pieces of artwork hanging on their walls for people to see.”

This is the second year of the InFocus project—the first of which raised $13,000  for Canadian charities.

Edwards’ goal this year was to create a product with a story, that would raise more money for charity than a single donation.

“If I had $5,000 to give away to a charity but could instead use that to build $15,000 worth of product and give that to charity, I get to triple my opportunity to give. That was the impetus of the InFocus project.”

Each photographer has chosen a different charity ranging from those supporting children and troubled youth, to charities with a conservation focus.

For details about the charities, to view all the designs or to purchase a scarf, visit www.infocuscanada.ca.