Go batty for bats in the Sea to Sky 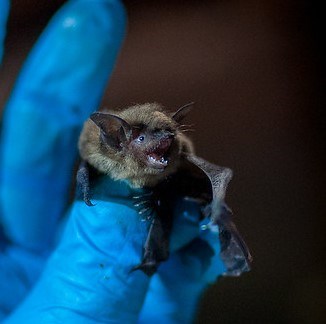 Just in time for Halloween, Oct. 24 to 31 is International Bat Week.

The idea behind the dedicated week is to reduce the stigma around the mammals.

"Often feared due to misconception and myths, bats are given a bad rap. Bat Week aims to shine a positive light on bats. Bats play key roles in our environment and provide many benefits to humanity," reads a news release from the BC Community Bat Program.

What good are bats?

Well, they help with everything from eating insects to pollinating the agave plant used to helping make tequila.

One bat can eat over 1,000 insects in a night and bats pollinate over 500 plants worldwide.

There is a lot of bat activity in Squamish, according to Danielle Dagenais, regional co-ordinator for the BC Community Bat Program for Metro Vancouver to Squamish.

"Bats in B.C. help control agricultural and forest pests, as well as mosquitoes in our yards — but now bats need our help," Dagenais said, in the news release. "The conservation of bats in B.C. has always been important since over half the species in this province are considered at risk. With the continuing spread of White-nose Syndrome in Washington State, bat conservation is more important than ever as we expect to see impacts in BC in the near future."

Because they feed on insects, bats leave their summer roost sites and migrate or hibernate to survive the winter.

"This absence means that this is the time of year to do home renovations that you have delayed due to bat presence. You can clean out and repair a bat box, or do bat-friendly exclusion work, without disturbing or injuring bats," reads the release.

The BC Community Bat Program will be at Britannia Mine Museum manning a bat info booth on the first day of BatWeek, Sat.  Oct 24.

Monitoring bats for white-nose syndrome is set to continue this winter. Report sightings of bats that you see after Nov. 1 and dead bats at www.bcbats.ca, vancouver@bcbats.ca, or 1-855-922-2287 ext. 11.