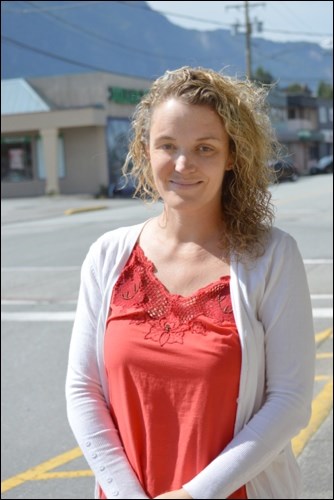 Squamish is a gorgeous natural playground to raise a family. However, the security I had in nature came to a halt upon learning the reality of Lyme disease treatment in B.C. I presented to the walk-in clinic with half a tick in my arm and was told not to worry about Lyme in the area. I’m now dealing with late-stage Lyme disease, its long term treatment and costs.

Health Canada has confirmed that the southern mainland and coast of British Columbia are endemic for Lyme disease. Many people will never notice they were bit by a tick and erythema migrans rash will show up in less than 50 per cent of people, according to the Canadian Lyme Disease Foundation (Canlyme).

The foundation says current testing in Canada misses 62 per cent of Lyme. It should be a clinical diagnosis and it is commonly misdiagnosed.

My journey with Lyme was complicated by a car accident which left me with considerable pain in my spine and neck. As I proceeded through recovery, I assumed much of what I was experiencing was related to that. I started to develop more bizarre tingling in my fingers, feet and below my skin, along with random muscle spasms. This progressed to sharp nerve zaps, eye pain, gastrointestinal issues, nausea, insomnia, myalgia and recurring flu.

I was exhausted but “wired.” It was suggested that I had post-traumatic stress, and so I sought out the help of a counsellor. I ended up seeing 18 different doctors without diagnosis, and routine bloodwork showed little wrong with me.

My symptoms continued to evolve into muscle weakness predominantly on the left side of my body. At times I would go to reach for something or take a step, and my muscles didn’t respond. I developed whole-body tremors, which still feel like I am sitting on a vibrating washing machine. My ankles, shins and leg muscles felt like they were getting ripped off my bones and the arches and heels of my feet were so agonizingly painful. My blood tests from both Germany and the U.S. came back positive for Lyme disease.

The B.C. government commissioned an internal report by provincial health service authority official Brian Schmidt, presented in 2010, that said most doctors lack knowledge of Lyme, and B.C.’s testing system was flawed, needing “urgent attention.” The report also recommends that doctors be given legal permission to treat outside the current CDC guidelines and work with their patients to make united decisions about the course of treatment which may require longer use of antibiotics or alternative treatments.

The current Canadian CDC guidelines do not allow my family doctor to prescribe the length, amount or combinations of medication required to treat late-stage Lyme without getting sanctioned by the College of Physicians.

My actual treatment now comes from a Lyme-literate medical doctor in the U.S., and I pay privately. This is extremely expensive and inexcusable. The long-term medication is making drastic improvements in my health on a weekly basis.

Sadly, my case isn’t mandated to be reportable as I have blood work done outside of Canada. There are thousands in my situation in Canada. That is why the incidence rate is so low. Think about it: We acknowledge we don’t have reliable blood testing, yet we say our incidence rate is low so not to worry. Our testing of both humans and ticks is flawed, so we can’t confidently rely on our incidence rates.

On June 11, a Lyme awareness evening is taking place at the Howe Sound Eagle Eye Theatre from 6 to 8 p.m. with a question period to follow.