Look to the skies for this year’s Squashkosh Fly-in 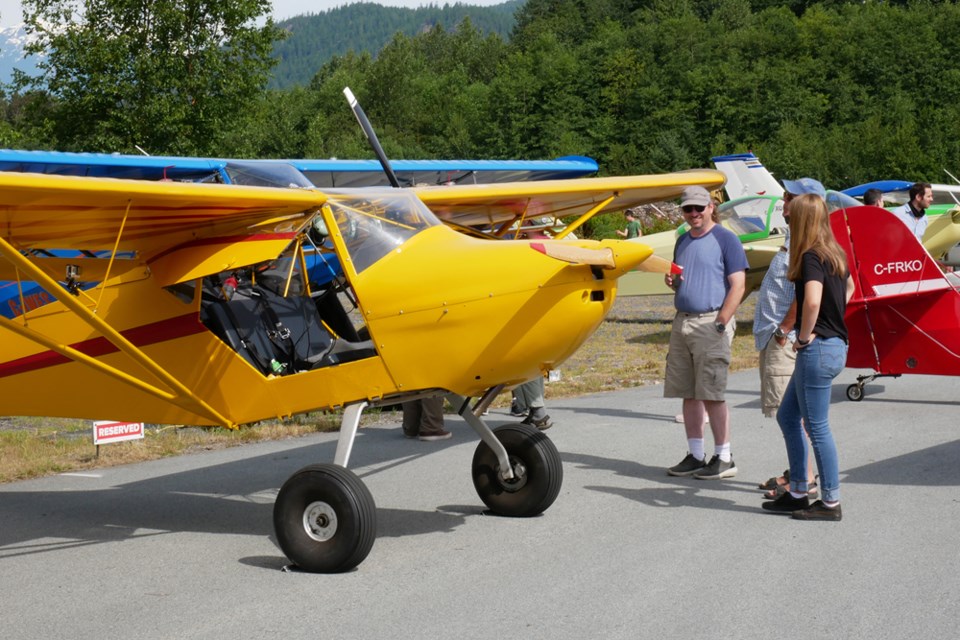 Squashkosh is a chance for people in town to get familiar with the local aviation scene. Submitted

On Sunday, July 25, locals with their eyes on the sky might notice a sight that has been relatively rare over the past 15 months: planes.

That’s because the third annual Squashkosh Social and Fly-In will be bringing a handful of light aircraft — think Cessnas and Piper Cubs — to town from across the province.

“We get a lot of people from the Lower Mainland, from the island and we’ve even had people come from Kamloops for the event,” said Warwick Patterson, president of the Squamish Flying Club (SFC), which organizes the event.

Modelled after Wisconsin’s AirVenture Oshkosh, an annual air show and celebration that, pre-COVID-19 at least, attracted upwards of 600,000 aviation enthusiasts every summer, the Squashkosh is an opportunity for pilots and aviation amateurs alike to commune over a shared interest.

Patterson said the event will be limited in size, with outdoor attendance to the SFC clubhouse capped at 50 people, but he encourages anyone interested in learning more to stop by for a coffee or pastry.

“We obviously can’t welcome too many people but if you’re interested in talking with local pilots, come on out,” he said.

During the pandemic, the SFC, which marked its 50th anniversary last year, hasn’t been able to host as many of its Airport Days as usual.

Those events are open to the public to come and see pilots in action and even try their hand at the plane’s controls themselves.

Patterson said it’s something the club “wants to bring back in a big way after all this is done,” adding that since the SFC recently became a member of the Canadian Owners and Pilots Association (COPA), it now has flight insurance coverage for kids.

“We want to have a COPA for Kids Day where we take up local youth and give them their first taste of flying in a small airplane,” he said.

Squamish has a healthy aviation community, noted Patterson, with 65 club members and a demographic that tends to counter the common perception of pilots.

Patterson added that you can obtain a private pilot’s licence for roughly “the cost of a snowmobile” and after about a year of training for the average aspiring pilot.

“The minimum is 45 hours,” he said. “Generally when you’re at a consistent pace, it takes maybe a year of part-time training to get your pilot’s licence. You can do it much faster if you dedicate time and resources to it. There’s a lot of studying you can do at home.”

For anyone interested in getting into flying, Patterson suggested booking a half-hour intro flight with local aviation providers like Glacier Air and Sea to Sky Air to see if you enjoy it. “Once you’ve tasted flying in a small plane and getting your hands on the controls yourself and learning that sense of responsibility and control, a lot of people get sucked into that world,” he told The Chief.

Having a pilot’s licence can also be valuable coming out of the pandemic, when travel restrictions pushed scores of aviators out of the industry looking for other work.

“In the industry as a whole, the job market slowed right down, so people who maybe weren’t as passionate about flying looked elsewhere for their career,” explained Patterson. “But there is still going to be a pilot shortage and there’s going to be huge opportunities for people who want to become a pilot.”