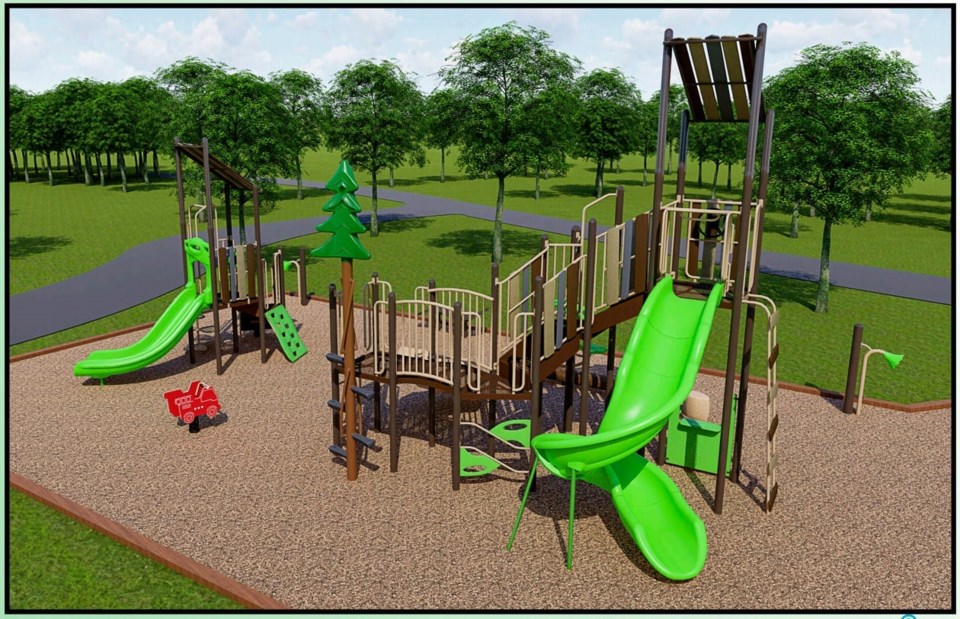 The concept for the new playground destined for Britannia Beach.Screengrab/SLRD

Children in Britannia will soon have a new place to play, as funding for a new playground was recently approved by the Squamish-Lillooet Regional District.

Area D director Tony Rainbow told The Chief that the old playground past the firehall on Copper Drive would be dismantled.

"It's a little playground and it's old and unsafe, so we're replacing it," said Rainbow.

If all goes according to plan, it may be open as early as this summer.

Rainbow says it's one bit of an upside for the town, which has recently been through some changes.

"If you look at what's happened in that town over the last five or six years, it looks awful with that big pile of dirt there and the rocks and the machinery and the old buildings that haven't been moved and fixed yet," he said.

"The actual visual impact when you're coming home is not good. And then they lost their community hall a couple years ago. Lost the grocery store. Recently, lost the post office. I feel this will be kind of a good news thing, I think.  A welcome addition to that part of town."

The site belongs to the SLRD, so authorities have looked at constructing it in two phases.

However, it seems things will be moving along, as the regional district board approved both phases at their March 24 meeting.

Money from the community works fund, which is federal money, will be used, meaning it won't directly come out of local property taxes, Rainbow said.

In the meantime, a group of locals are canvassing Britannia residents about what kind of design they'd like to see for the playground.

In addition to this playground, there is another one expected to be built as part of the Macdonald Development residential project, which will be built in the coming years.