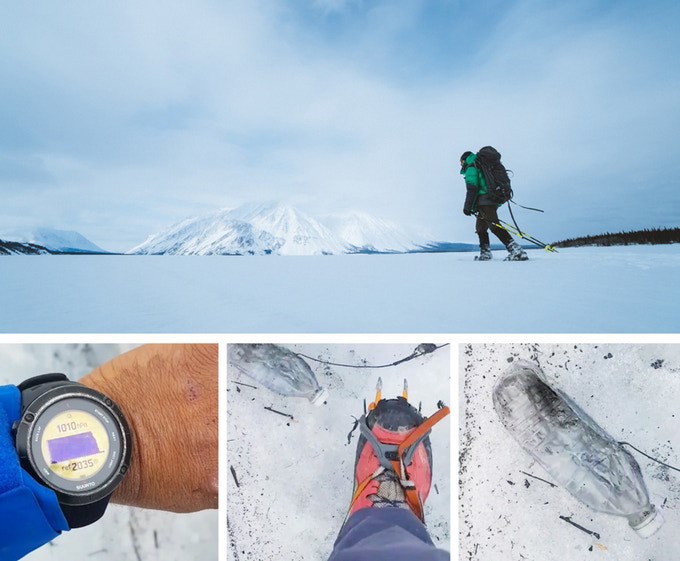 He was 2,000 metres above sea level, touring in Squamish's Tantalus Range when Jean-Francois Plouffe looked down on the glacier and spotted it: a discarded plastic water bottle.

"That's when I was like, ‘OK, we have to do something now,'" Plouffe said.

For the recreation manager at Quest University who has also been an adventure guide for 20 years, abandoned plastic wasn't something he was used to seeing so high in the mountains. As he continued across the glacier, Plouffe couldn't get the sight of the water bottle out of his head.

"When I go uphill, my brain just goes on story mode," he said.

A father of two, Plouffe tells his kids stories at bedtime every night, often making tales up on the spot. Soon after getting home, he decided to spend 30 minutes a day working on a new story.

Less than a year later, Plouffe is getting ready to publish his first book, Little Spring: the Epic Journey of One Plastic Water Bottle, complete with illustrations by Vancouver-based cartoonist Lorne Craig.

Aimed at young readers, Plouffe hopes following one water bottle's misadventures will help teach children about ecology, the environment and how they can help.

We first meet Little Spring, the water bottle, in the grocery store. But it's not long before it is dropped — not recycled. Along the way, the water bottle finds itself in the claws of a raven and in the ocean with sea critters, far from where it should be.

For the end of the book, Plouffe's children helped him come up with challenges for the reader: Can you go a month using your own bags at the grocery store? How many bottles can you find and recycle?

And they're not the only ones. Little Spring was named the Best Environmental Kids Book of 2019 by Mountain Life magazine.

Helly Hansen has an agreement with Plouffe to carry the colourful book in 30 of its North American stores. A Whistler bookstore will sell Little Spring, and Plouffe is looking for a retailer in Squamish — where he is based — to offer it locally. Plouffe would also like to see Little Spring used as an educational tool in schools.

Little Spring can be pre-ordered at littlespring.ca. It will soon be available in French.

***Please note, to be more accurate, the subhead of this story was changed to read "adventure guide," rather than mountain guide, as was previously posted.