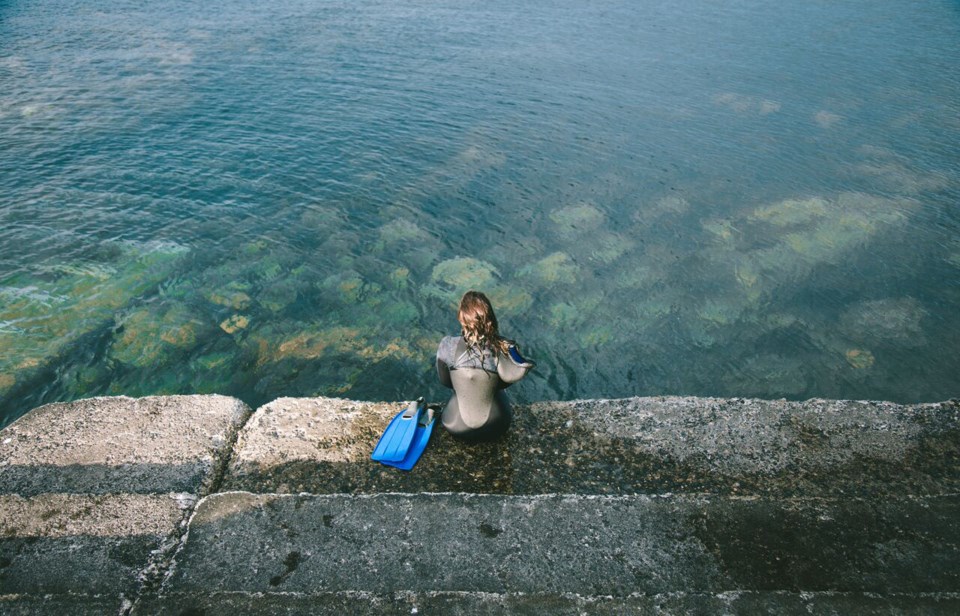 She has launched a Kickstarter campaign to help her create To The Sea: A Film about (Re) Connection, a documentary about the state of the oceans and what can be done to save them.

“We want to make science more interesting and more accessible,” said Van Cleave. “The tricky concepts behind… ocean acidification, the effects of ocean warming, the destruction of species. We want to make that easier for people to understand.”

The film is inspired by Van Cleave’s relationship to the ocean, which has been a constant in her life, regardless of where she has lived.

Though raised to age 10 in mostly land-locked Chattanooga, Van Cleave often travelled to Florida and spent much time as a young girl on the beach.

From Tennessee, Van Cleave’s family moved to Victoria and, most recently, to Comox.

Going to Quest was a way for her to expand her passion for ocean conservation, she said, because its block system and focus on keystones, or projects, allows her to make her film while in school and get credit for the work that goes into it.

Using a film for activism has been a dream of Van Cleave’s since she saw the 2009 documentary movie The Cove, which is about the practice of dolphin killing and the amount of mercury in dolphin meat.

“My eyes have been opened to all of these other issues because of the fact that I became passionate about something like the dolphin slaughter,” she said.

“Film is a really, really powerful tool for getting people to resonate with a message.”

Van Cleave is currently in pre-production on the student-led film, which is also her keystone project at Quest.

“I basically have a story line for what the film is going to be and the first film location,” she said. “The rest is going to depend on what kind of funding we are able to acquire.”

For the first shooting, Van Cleave will be sailing from Hawaii to the Phoenix Islands Protected Area, one of the largest protected ocean areas in the world, in the southern Pacific Ocean. It is a UNESCO World Heritage site.

“It is one of the few places you can go in the world that still remains as close to a pristine ecosystem as you can possibly get, so there is a lot that you can learn from a place like that as far as marine management goes, and scientifically – what kind of things you can look for in an ecosystem that is healthy and flourishing,” she said.

She hopes to have the film completed by spring of 2019. For more information go to

kickstarter.com and search for, To The Sea.