Research shows internal motivations key to conservation
May 4, 2017 10:38 AM By: Jennifer Thuncher 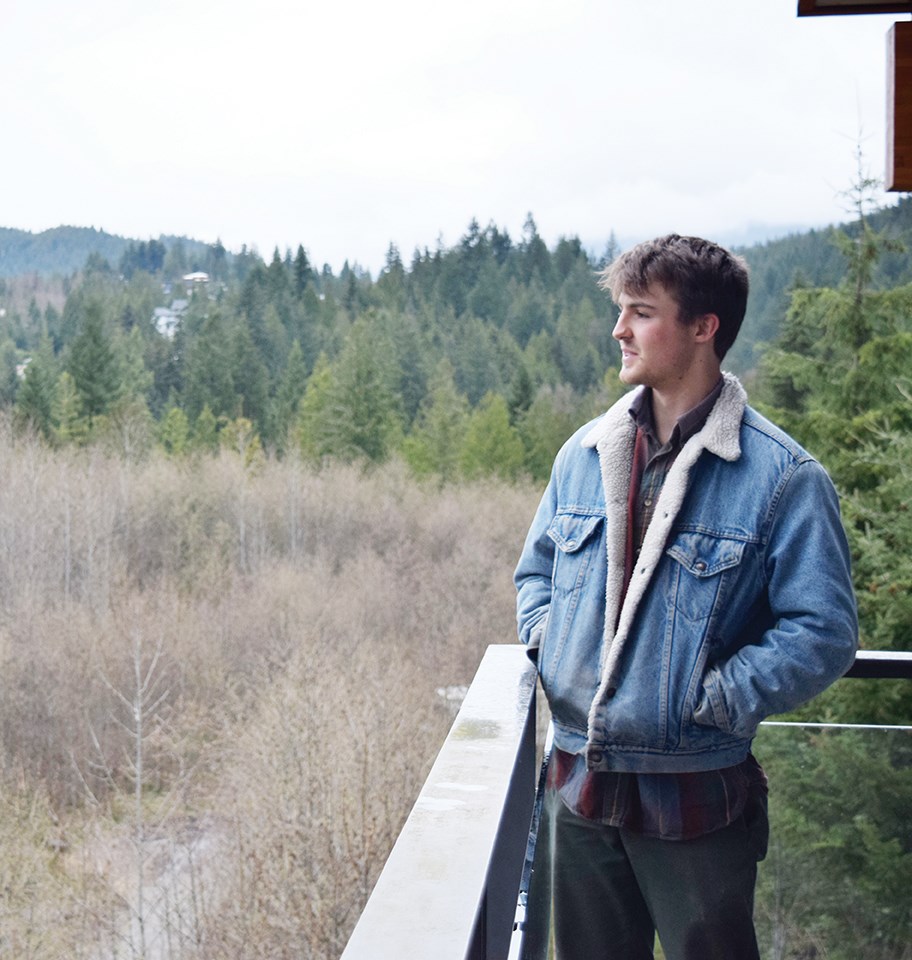 Quest University student Elijah Rempe Cetas has been honoured for his conservation research.

Cetas recently received the 2016 Rising Star award from the science journal Conservation Biology for a manuscript he was lead author on last summer.

He completed the paper “A Systematic Review of Motivational Values

and Conservation Success in and around Protected Areas” while participating in Quest’s Summer Research Fellows program when he was in his first year of studies.

“I was surprised to be published,” said Cetas, blushing slightly.

His paper was up against others written by PhD and master level students, according to Quest professor, Maï Yasué.

“It is a bit crazy that the work of an undergraduate student would be selected,” she said.

All student-led papers published in Conservation Biology in 2016 were eligible for the award and the winner was picked by a group of the journal’s senior editors, according to an email from the journal’s managing editor, Frith Jarrad.

The paper is the result of a summer of research looking at “what kinds of motivations the National Park(s) or protected areas were appealing to when they make policy regimes for local people,” Cetas explained, adding he personally read and coded 120 articles as part of the research.

Basically, Cetas and the research team looked at internal and external motivations used to encourage people to conserve or protect an area.

What the study discovered was that the best predictor of success for a protected area was whether or not it had one kind of policy governing it that appealed to intrinsic motivation.

In other words, people will work to protect an area if they believe it is the right thing to do, rather than if they are rewarded for protecting it with some kind of benefit.

The extent to which internal motivations were dominant predictors is what surprised Cetas most.

“Other indicators, like the socio-economic condition of the country, the type of protected area, the location of the protected area – all of those indicators were much less statistically significant for success,” he said. “What that says is, it matters what you do as conservationists; it is less significant what you are given in terms of the socio-economic makeup of the country.”

The study can provide lessons for local leaders as well.

“Have those stakeholder meetings, involve local knowledge about the ecology of the area… and really just have conversations and work out a compromise between people,” Cetas said. “We shouldn’t focus on quick, efficient incentives.”

With the study behind him and another year at Quest under his belt, Cetas is off to Anchorage, Alaska for the summer to work with its municipality.

He will be helping with a city composting project.

“And then I will take it from there,” he said.

*Please note, this story has been corrected since first posting to correct the spelling of Elijah's last name, which was spelled incorrectly on some references.