Presentations an integral part of Quest Scholarship Conference
Nov 23, 2016 8:26 AM By: Mike Chouinard 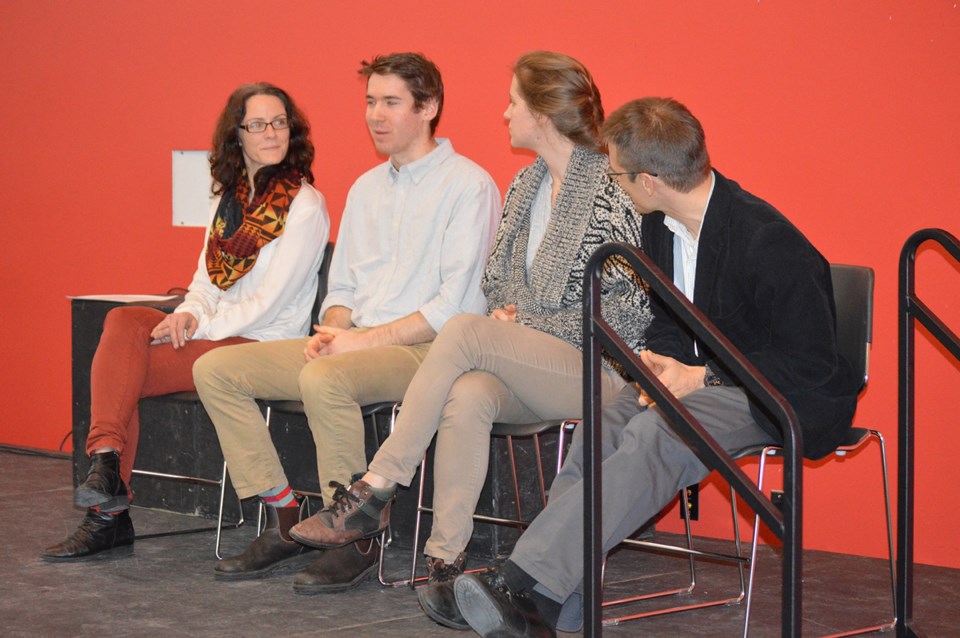 When Maya Broeke was younger she would go swimming in Howe Sound, despite a neighbour’s concerns about pollution.

Now, as a Quest Univeristy student, she still goes swimming in the ocean, but is learning to look more deeply into the sound’s history.

She spent a summer fellowship at Quest telling stories through journalism by examining how Howe Sound is coming back to life.

“The more I researched, the more it all came back to this question of recovery,” she told the audience at a scholarship conference on Saturday

She was one of 13 students and three faculty members who delivered presentations at the Quest Scholarship Conference.

Broeke said she wanted to know where the idea of recovery came from and found old newspaper articles to look at the effects that industries such as the FMC chemical plant, Woodfibre and the Britannia Mine had on not only the water but the soil and surrounding ecosystem of Howe Sound.

She said that, while much has improved and marine life like glass sponges and whales have returned, there are still after-effects, including contamination, though at lesser levels than before.

“You can see how this idea of recovery can be really confusing,” she said. “The area is permanently changed by human presence.”

During a question period, she admitted she still swims in Howe Sound, but has concerns about particular areas as well as the impact on marine life.

Faculty member Kimberly Dawe gave an overview of her work to interpret data collected over 25 years by bird watchers from the Squamish Estuary and passed on to the university by the Squamish Environment Society.

“It’s an important ecosystem for us to be studying birds,” she said.

Dawe concluded by encouraging students still looking for keystone project ideas to help volunteer with the project, and she underscored the importance of collaborating with community groups and reporting the findings.

“This information can’t just sit in a scientific paper,” she said.

While a few of the topics focussed on the community’s surrounding environment, the students and faculty covered a lot of academic territory.

Other research subjects included genetic mutations and Huntingdon’s disease, irony in the Hebrew Bible, stars in the Alpha Persei Cluster, exploring one’s life through a graphic novel and early point-of-care treatments for HIV/AIDS in Tanzania.

Quest has held smaller presentations with five or six presenters from the summer fellowship program before, but Saturday was a larger event and marked the first time the institution opened up the process to students outside the fellowship program.

The students were typically in their third or fourth year, the point at which they are working on their keystone research projects that form the centre of their education.

He referred to the afternoon presentations as well as work such as Dawe’s collaboration with the bird watchers and an upcoming talk at the public library on Dec. 1 by students as examples of how Quest is reaching beyond its campus.

“It’s a great way for us to get involved in the Squamish community,” he said.