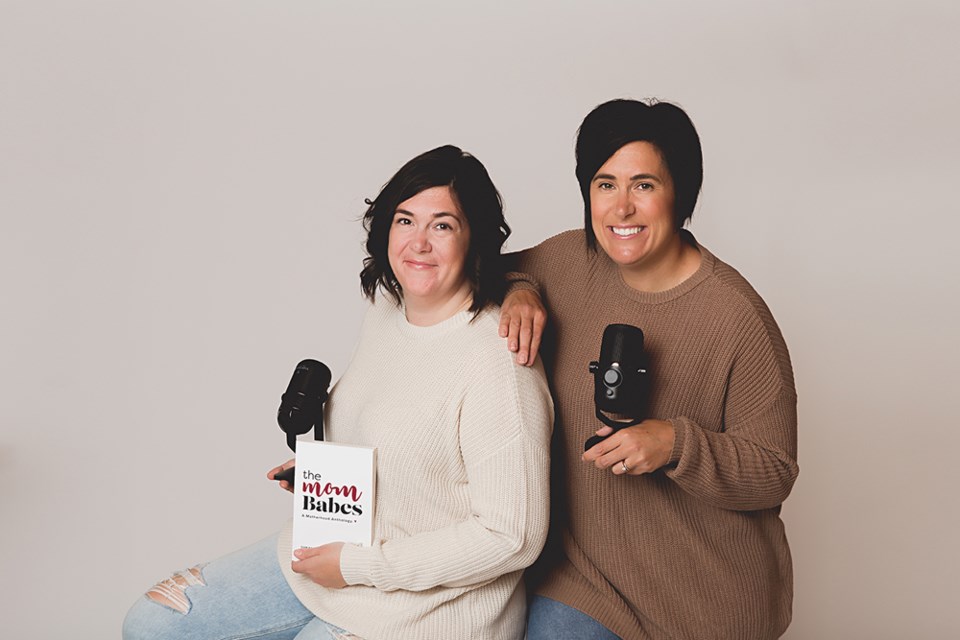 Christina Walsh, left, along with her sister, Carolyn Turkington, have put together an anthology about motherhood.Submitted

In one tale that’s part of a new anthology on motherhood, a teenage mother hides her pregnancy and gives birth alone out of shame, but eventually pursues her dreams, goes back to school, and raises a wonderful daughter.

Another story shares reflections of a woman writing to her dead mother, who committed suicide.

She ponders how similar she has become to her mother after becoming a parent herself, despite her desire to be different.

Yet another story shares how one mom has dealt with addictions and the struggle of staying sober.

These are all reflections from real mothers who have collectively penned an anthology called The MomBabes: A Motherhood Anthology.

It features the work of mothers from around the Lower Mainland, including several from Squamish.

The book was put together by sisters Christina Walsh and Carolyn Turkington.

Walsh, a Squamish mom herself, said the idea was to put together a collection that would help give mothers their voice.

“We really believe in legacy and our ‘why’ of why we do things,” she said.

“We believe that moms often put themselves last. They wait. You wait until you lose 10 pounds. You wait until your kids are older. You wait. We just wait. And, sometimes, we run out of time. And we wanted to give moms the opportunity to write their story now.”

As a result, she and her sister decided they wanted to put together an anthology that would provide a glimpse into motherhood.

Walsh describes the work as something that warms the heart, similar to how the popular Chicken Soup for the Soul anthologies of feel-good stories did.

It all started when she found it wasn’t easy to connect to mothers.

Walsh would go to mom-and-baby classes. She found that a lot of the conversation wasn’t the deepest.

“You would just talk sort of about really surface level things, maybe, ‘Did your baby sleep last night?’ or, ‘How much did your baby weigh when they were born?’ when, really, we were craving conversation,” said Walsh.

“We were craving connection. And, so, when I invited the women over to my house, the stories began to unfold.”

As a result, Walsh felt like there were many tales waiting to be told.

The book was assembled over the pandemic, and she hopes that the mothers — many who’ve only met each other online — will finally get a chance to celebrate their accomplishment in-person in the summer.

“When we first started this project, we knew that moms had stories,” she said.

Find more details about the book and how to purchase the anthology at themombabes.com.