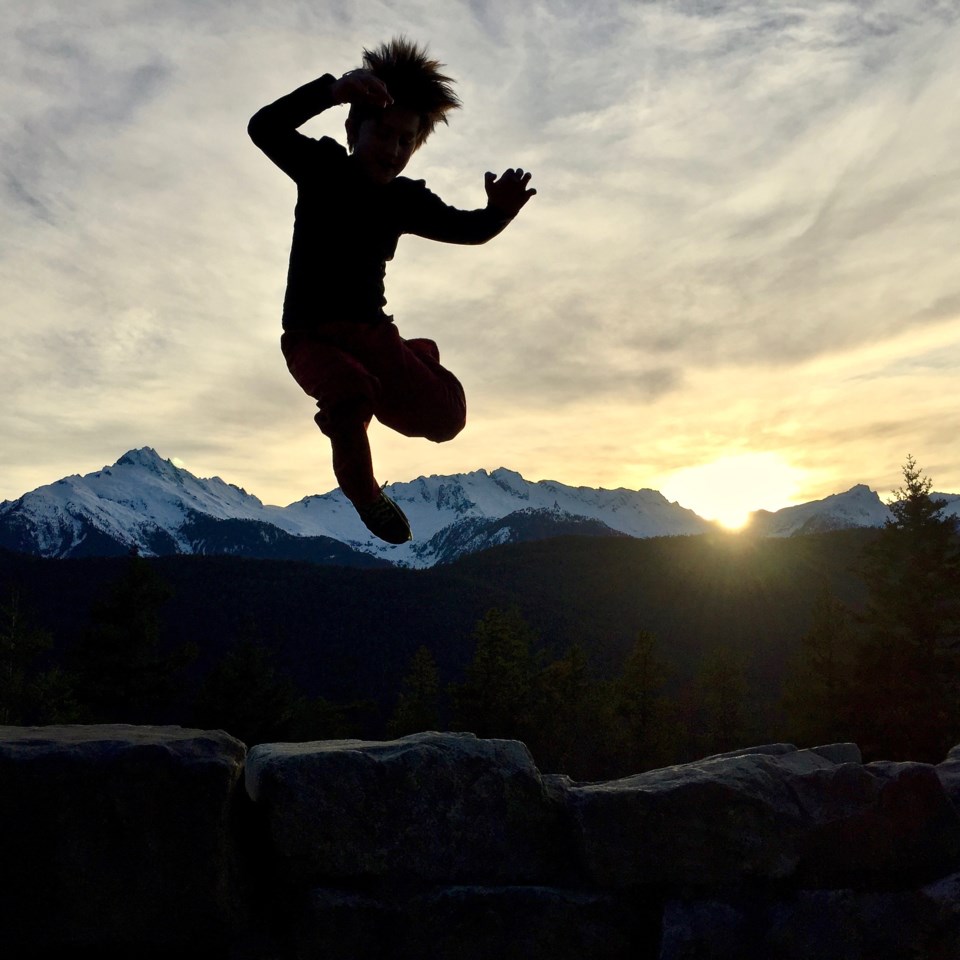 The image of Squamish photographer Rory Tucker that is in a new Apple advertising campaign, "A Portrait of Canada"Rory Tucker

For Squamish’s Rory Tucker, it was just business as usual, until Apple got in touch.

Tucker, a photographer, was coming home from skiing in Whistler and stopped by the side of the highway to admire the sunset at the Tantalus Lookout. He pulled out his smartphone and snapped a shot of one of his sons jumping off the rock wall with the Tantalus mountain range and the sun setting in the background.

For the last six years or so Tucker has been taking at least one photo a day, using his iPhone, he told The Chief.

As he jumped back in his car after capturing his son that day, Tucker would not have guessed that his image would be part of an Apple short film, released on Canada Day,  ‘A Portrait of Canada’

“I got a message from the advertising agency for Apple expressing interest in my work and they said there was a campaign,” Tucker recalled. “They asked if it was shot on the iPhone exclusively and after I said it was, I heard a couple of weeks later it was in the campaign.”

Tucker, who has lived in Squamish for 12 years, also noted that one of the other early images in the film, of a person riding on horseback, was also shot in Squamish.

The film, shot on an iPhone, is clearly meant to pull at the patriotic heartstrings of Canadians.

“It was super exciting to see my image included in that campaign, there’s some great work out there,” said Tucker.

Tucker said he didn’t know the film was going to be celebrating Canada or launched on Canada Day and it made being included more special and an “honour,” he said.

For renowned First Nations artists in A Tribe Called Red it was important to be involved in the mainstream film that promotes inclusivity, according to Ian Campeau, a member of the band. The film is set to the band’s infectious track “Suplex” on which contemporary Canadian northern style powwow drum group Northern Voice is featured.

“Our roots, our differences and our history are important as we establish a new day for the relationship between Indigenous nations and Canada,” said Campeau, in a news release about the film.