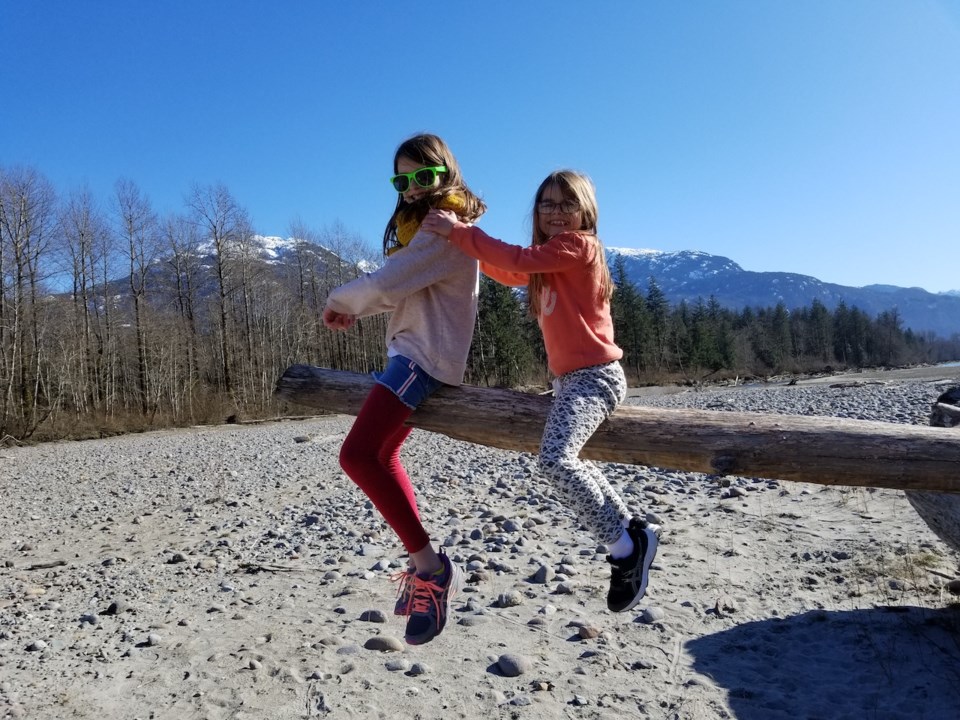 In this time of physical distancing, Squamish sisters Isabella and Quinn Kavanagh-William are missing their friends, but are also trying to find the bright sides and positives.

That has translated to finding the upside in now being able to avoid those hectic mornings getting ready for school and to raising money for personal protective equipment for frontline workers in the Sea to Sky.

As precautions against the COVID-19 pandemic took hold, the Kavanagh-William sisters quickly became aware of the community's need for help, but weren't sure of how to raise the funds. Their early brainstorms included holding a run or another event, but with no way to do that safely, they organized a GoFundMe. The proceeds will go to the Squamish Hospital Foundation, which serves the Sea to Sky Corridor.

"What became obvious was the need to support frontline staff," said  the girls' father Chad. "We decided we'd go down that road and see if we could raise some money to buy some PPE [personal protective equipment] or to support the Hospital Foundation."

Isabella acknowledged it was difficult knowing workers were struggling and she was determined to find a way to help out.

"We were feeling a bit helpless," said Isabella, who recently turned 11. "We felt really bad and we wanted to help the people who were helping us."

The GoFundMe had raised nearly $700 as of April 17, but the girls hope to crack the $5,000 mark. Isabella said it was a gratifying feeling seeing the first donations roll in at the start of the month.

"It felt really good and it felt like we're actually getting somewhere even though it's not that close to our goal. It felt good that we had some money to give to them," she said.

The family plans to continue the fundraiser until late April or early May.

**Please note, this story has been updated since it was first posted to reflect both of the girls' last names Kavanagh-William.