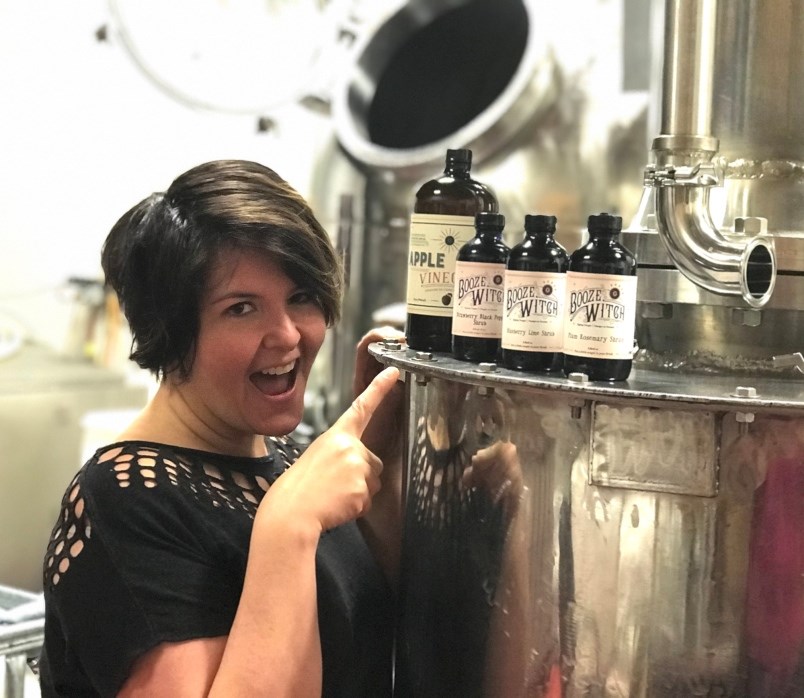 Out of 9,000 Canadian women nominated, it was Squamish's own Kelly Ann Woods who took home the 2019 RBC Women Entrepreneur Award for Micro-Business.

"My feet were not touching the ground," she said, recalling when she was announced as the winner.

After the awards gala, Woods — the principal behind Gillespie's Fine Spirits, Boozewitch Brands and State B Cannabis Beverage Co. — told The Chief the process was rigorous. Once she was nominated, Woods had pages of paperwork to complete before she was informed she was a Western Canadian finalist.

Each award had three finalists across all types of businesses: someone from western, eastern and central Canada. Then came the vetting process of the business's finances to verify the nominees.

"As a mom and a business owner, to take the time out from everything that's going on and take the time to really do some self-reflection, was not only challenging from the perspective of time management and also priorities... but the exercise itself was really interesting because you got to look at your life and look at you accomplishments and go, 'You know what, I do deserve this nomination'," Woods said.

The process began at the beginning of last year, Woods said. Finally, on Nov. 20, she found out she was the winner in her category.

"I think I probably stood out because I'm really passionate about what I do. I shoot from the heart."

Woods said the awards gala at the Fairmont Royal York in Toronto gave the full Canadian treatment, with a letter from the Prime Minister in the program, the national anthem and a red carpet.

"I think it's about your energy and your hutzpah and your drive. I think my position in beverage culture in North America is pretty unique. I'm a woman in the booze business," Woods said. "It's becoming more common, but it hasn't been that common. I'm building a drink empire. There's the distillery and then the non-alcoholic line went Western Canada-wide and then I have a cannabis line that is going to be launching in the U.S. and Canada in early 2020."

The upcoming cannabis line will include CBD and THC options. Woods said it will likely be available in Canada in April, and perhaps earlier in the U.S. Locally, Woods said it would be distributed at a licensed dispensary or online.

This isn't the only award Woods' endeavours have earned this year. In 2019, she's taken home a total of four international spirits awards — a silver for her gin from the San Francisco International Spirits Competition, and three silvers from the John Barleycorn Awards for Boozewitch and for Gillespie's. Boozewitch went Western Canada-wide and she received two BC Liquor listings.

Woods said the award will bring growth to her businesses and increase her ability to secure an investor to grow the distillery.

"I intend to provide as many well-paying jobs to Squamish citizens as I can.

"One of the really cool things that's coming out of it, is I feel like I'm in a position to help other women," Woods added, saying she hopes the award brings recognition to the whole community.