We are all responsible for our own happiness, message of Jan Redford’s book

Redford will sign her memoir at an event Thursday at the Squamish Library
Apr 29, 2018 6:47 AM By: Pat Johnson 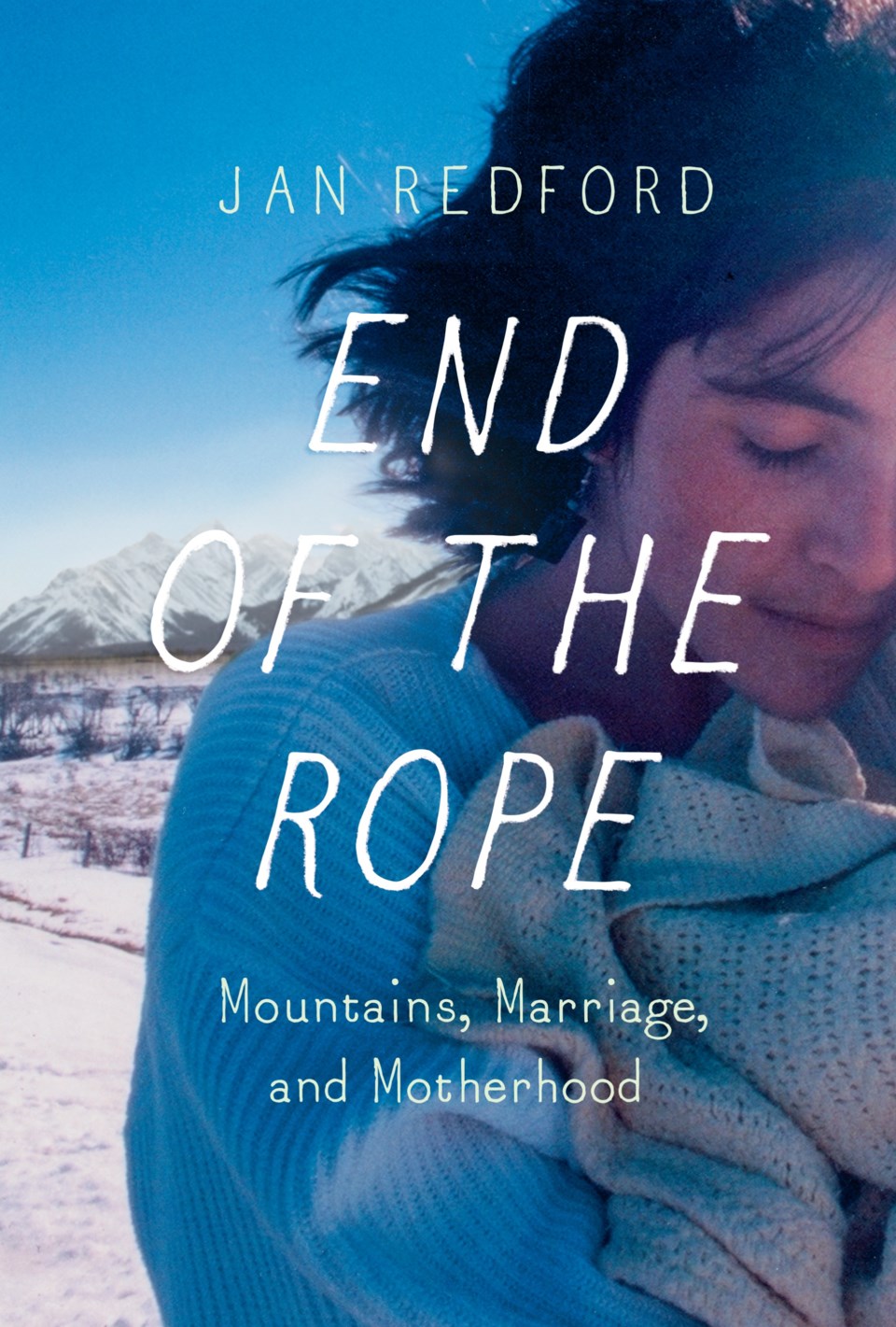 Squamish author Jan Redford has written an unsettling book. It's funny at times, redemptive in the end, gripping and entertaining. But, above all, End of the Rope: Mountains, Marriage, and Motherhood published by Random House Canada is unsettling.

Redford is a lifelong mountain and rock-climber, but this is not a conventional human-against-nature narrative in the style of Sebastian Junger or Jon Krakauer — though it has its figurative and literal cliff-hangers.

A terrifying close call on El Capitan in Yosemite is one of the first passages at which people with a fear of heights will find their necks tensing. If fear of drowning is more your thing, her recollections of a river paddling expedition will fit the bill. Other necks likely to tense, probably, are those belonging to people who are in or have memories of, very bad relationships.

Put mildly, this is an emotional book, perhaps because it is partly based, as the author says at the outset, on "passages from the angst-ridden journals I've kept since I was 11," Redford says in the prologue to her book. **

Her inauspicious wedding day foreshadows the mostly unhappy marriage, which bears a striking parallel with the dysfunction in which the author herself was raised. The marriage that follows, and which the book chronicles, reads like a universal language of bad relationships.

When the husband suggests a second child,  his case is less than convincing: "I couldn't have survived without my brother Nate."

Redford's reaction is even more telling: "I could never have survived my family without siblings either, and it was looking more and more like Jenna would need a sibling to survive us."

The author, and therefore the book, is filled with empathy as if the author has too much caring to keep to herself. This spills over into a degree of kindness for people who seem undeserving of it, including the husband she sticks with for far too long.

The end of the rope, in one instance, is when husband Grant seeks reconciliation after reading a "pro-family" article in the Calgary Herald, inviting her and their now two kids to rejoin him in their home in Golden, B.C. She is tempted to give in and take him back, but her empathy finally reaches its break point.

"Before I could speak, Grant straightened up, as though he'd made a decision. ‘Look, this is ridiculous. If you quit school, come back to Golden and look after your family, I'll take you back.'

"My sympathy was gone. Shriveled up like a leech laid out on the rocks to dry. I knew this voice. He'd been using it on me for the past six years. Even if I came back to Golden and did everything his way for the rest of my life, it wouldn't change that voice.

In fact, in the epilogue, we find that she did go back, for a time, during which the couple repeated the same cycle.

Elsewhere, Redford feels the grief of a climber's widow, even experiencing — in the form of a premonition — the terror and flailing of a climbing catastrophe that will strike closer to home.

Relying in part on a nearly lifelong collection of journals gives End of the Rope a gossipy feel, undergirded by a talented storyteller. There is a succession of characters including awful roommates, dead climbing colleagues, drinking in-laws, a messed-up family of origin and successive boyfriends and hookups.

There are also delightful observations and turns of phrase. She drives a green '73 Dodge Dart with a copy of James Clavell's historical novel Shogun taped to the gas pedal so she can reach it. Working and recreating in a "man's world," Redford discovers Copenhagen chewing tobacco is a " handy-dandy man repellent." Making dinner while Grant is watching TV leads her to speculate that "Scheduling the news at suppertime must have been part of the patriarchal plot to keep women uninformed." At another moment, "Guilt settled over me like a burka."

The lesson of the book — it's not a spoiler — is that happiness doesn't come only from ditching the wrong guy and finally finding Mr. Right. It comes when she realizes that it is she who is responsible for her happiness and not for any man, her father, a husband or anyone else, to provide her.

With her life's love, finally, she is on a rock face in Mexico and faces another terrifying climbing moment.

"Hyperventilating. Fear makes my body instinctively hug the rock, which puts my weight in the wrong place. One foot starts to shake, up and down, up and down like a sewing machine. I grip tighter, and the tighter I grip the more I shake.

"Dan doesn't say anything. There's nothing to say. He can't swoop in and rescue me. This is my moment. The one I usually try to avoid. The one I came here looking for."

Redford will sign her book at an event this Thursday, May, 3 at 6:30 p.m., at the Squamish Library.

**Please note, this story has been corrected since it was first posted to reflect that this was said in the proloque of the book, not in an interview. This was an error made in editing and not by the writer.