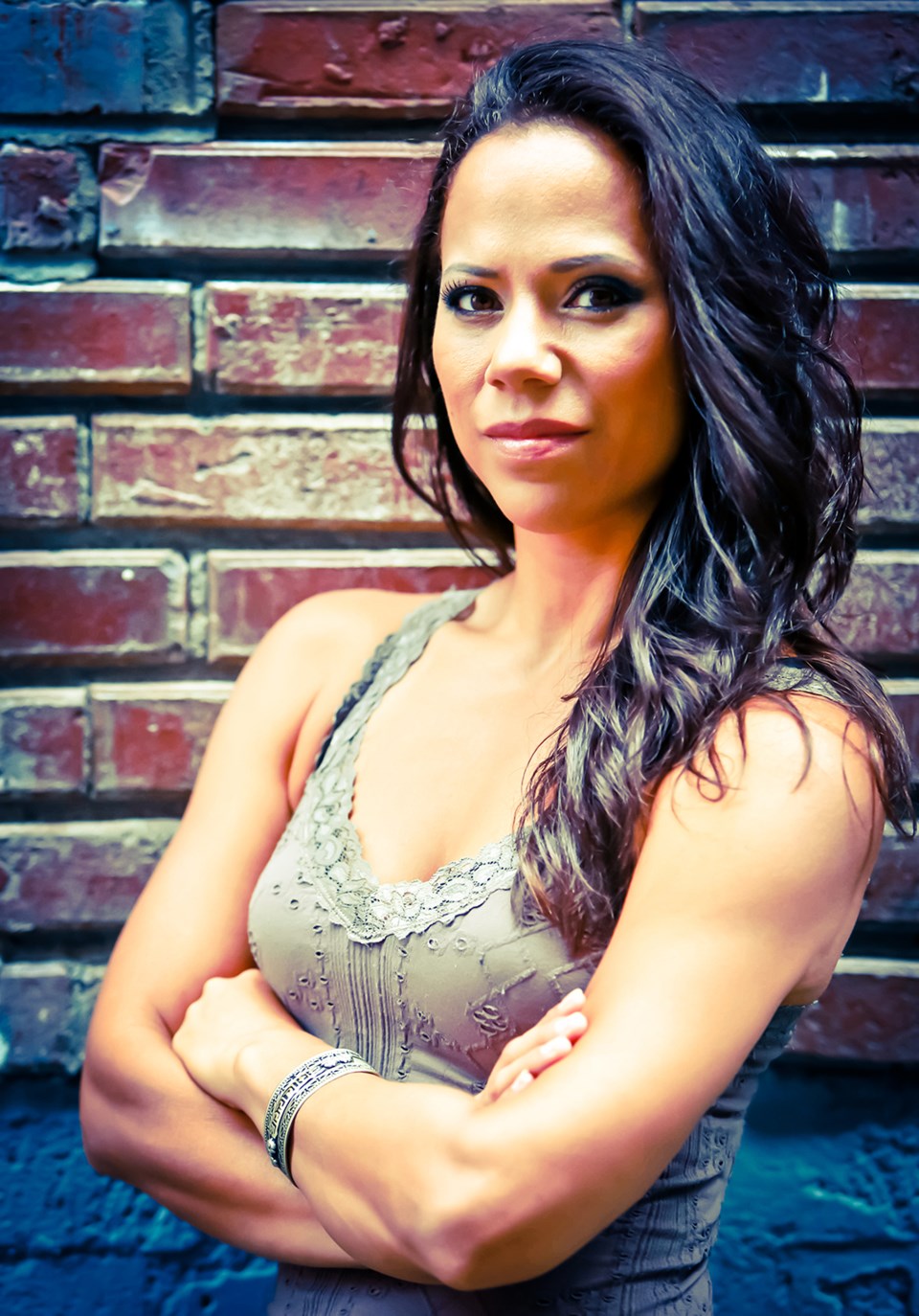 Lani Gelera is quintessential Squamish. She hikes, sky-dives, rock climbs, rides bikes – both motorized and self-powered – is a horsewoman and recently took up kite boarding. She doesn’t mind getting her hands dirty or her whole body, for that matter, and she can take a fall, get up and carry on.

While Gelera is active for fun, it’s also her job. She is a stunt performer in film and TV.

The Squamish Chief sat down with Gelera at a downtown Squamish café for a chat. What follows is an edited version of that conversation.

Q: How did you end up being a stuntwoman?

A: Being a stuntwoman was more of a natural evolution of my life. There were certain traits and personality values that were instilled in me in my early teens because of overcoming adversity – independence and courage and strength and a sense of adventure and the pursuit of physical activity. I became a fitness instructor on cruise ships and ended up travelling around the world. When I finished that in about 2001, I put it out to the universe that I wanted to do something adventurous, rewarding, challenging and physical. I wanted to be my own boss. I went back to doing gymnastics and ended up meeting stuntwomen who were putting together a fight scene and that was the first time I knew I could be a stuntwoman in Vancouver. From there it was a matter of networking and working with other stunt people.

Q: In Squamish we are lucky to have powerful women, like yourself, as examples for young women. What are your thoughts on this?

A: I want to tell you about a project I am developing for the spring that is all about empowering young women with the confidence, courage, self worth and opportunities to try new things.

I’m planning a two-day workshop for girls 10 to 18 years old where we would do things like slackline and developing balance. We would do a lot of horse work, making that connection because horses mirror your energy, and then we could empower them to ride dirt bikes. [To learn more about the project as plans progress for spring of 2017, go to Lani Gelera’s Facebook page.]

Q: What is something you don’t think the public knows about being a stunt performer?

A: There are so many misconceptions. When I tell people I’m a stuntwoman they automatically think I am an adrenaline junkie, that I’m going to beat them up or that I’m more masculine than I am. This is something that I have struggled with because I am very feminine, but I have a very masculine job. Something people don’t know is that doing stunts is more than just having a specific skill set. It is more about the type of person who does stunts. They have to be courageous. They have to be able to fall off the horse and get back on. They have to not be afraid of breaking a nail and getting some road rash or losing some hair.

A: Yeah, I did lose a lot of hair one time in an explosion. Knock on wood, I haven’t broken any bones in my job, but I definitely have had bruises and torn muscles and even my eyelashes got singed one time.

Q: You said you have a healthy sense of fear so when you are in a situation that is naturally scary, what goes through your head at that moment to push you forward?

A: It is all about educating yourself, safety and trust. For example, I was ready to be dropped 200 feet up from a crane. I was supposed to land right in front of a camera and as soon as I landed the camera came in and I had lines to say. In this situation we went over all of the possible scenarios. My riggers were very, very capable. They had a back-up plan and I basically put my life in their hands. So when I am sitting there at 200 feet about ready to drop, what do you think I was thinking about? I was thinking about my lines!  As soon as I landed I had to act and if I messed that up, we had to do it again.

When I am doing something huge, I feel like my mom is there with me. My mother passed away when I was 11 years old. My father remarried when I was 12 and I moved out of the house when I was 13, so that is where I got my independence, my confidence and self worth.

Q: What is next for you?

X-Men
Con+inuum
Reluctant Witness
The Whispers
Motive
Night at the Museum:
Secret of the Tomb Intruders
The Flash
The Killing
Arctic Air

About a local is a recurring community feature. To recommend an interesting local who readers should know about, write to jthuncher@squamishchief.com.