Biggest eagle photography show the BAG has ever had

Everything you need to know about the 33rd Brackendale Winter Eagle Festival and Count
Dec 29, 2018 5:56 PM By: Jennifer Thuncher 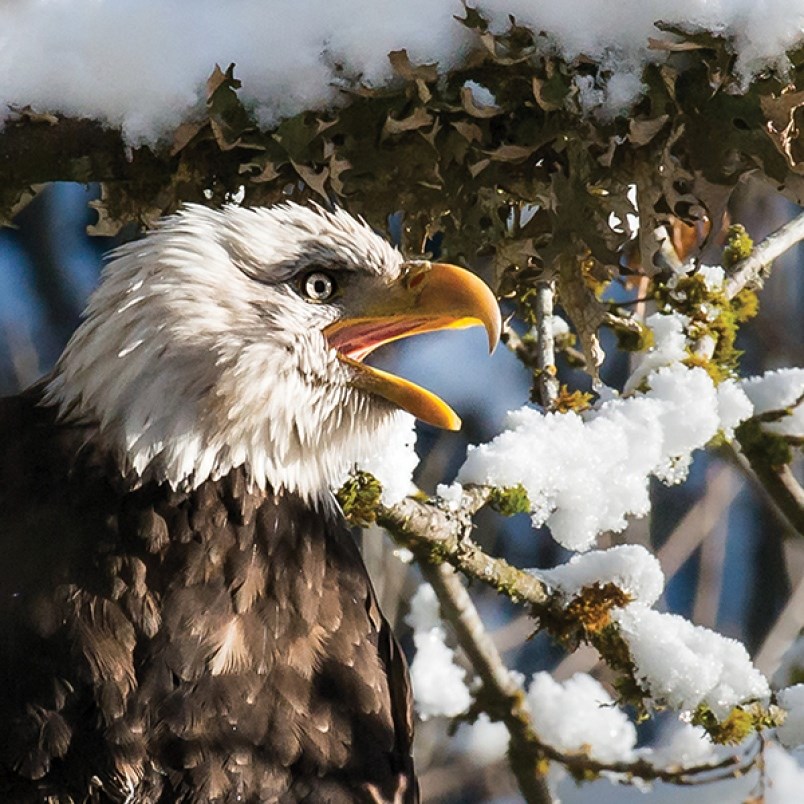 Because the Brackendale Winter Eagle Festival and Count has been a staple of this community for more than three decades, it may be easy to assume it will be the same ol' event this January.

But for 2019, in addition to the usual eagle count, talks and performances, the BAG is hosting the biggest eagle photography show it has ever had.

"Who has ever put 50 photos of eagles together like this? Nobody," said the Brackendale Art Gallery's Thor Froslev.

Froslev, who founded the festival, said he wouldn't have guessed when it began that it would still be going strong decades later.

"Who would know? We just wanted to get it started and work it from there — like everything," he said.

In 2017, the Squamish Environment Society took over organizing and conducting the Squamish area count, with the Brackendale Art Gallery continuing as home base.

That transfer ensures the festival, "will travel on forever," Froslev said.

The annual eagle count kicks off on Jan. 6. Activities include eagle walking tours at 10 a.m. displays and more. If you want to help out, contact volunteer@squamishenvironment.ca.

The premier launch party for the documentary about Thor Froslev and the Brackendale Art Gallery. The film is by Michael Hansen and Laura Garcia Palka. Also featuring a short film by Tim Cyr, Eddie the Eagle.

3 p.m.: Ted Hesketh talks about the relationship between art and music.

Presentation, "All about eagles," by Eagle Watch educators. Includes a short film by Ed Dubois.

For more information go to brackendaleartgallery.com.

Tickets at XOXO and the BAG.