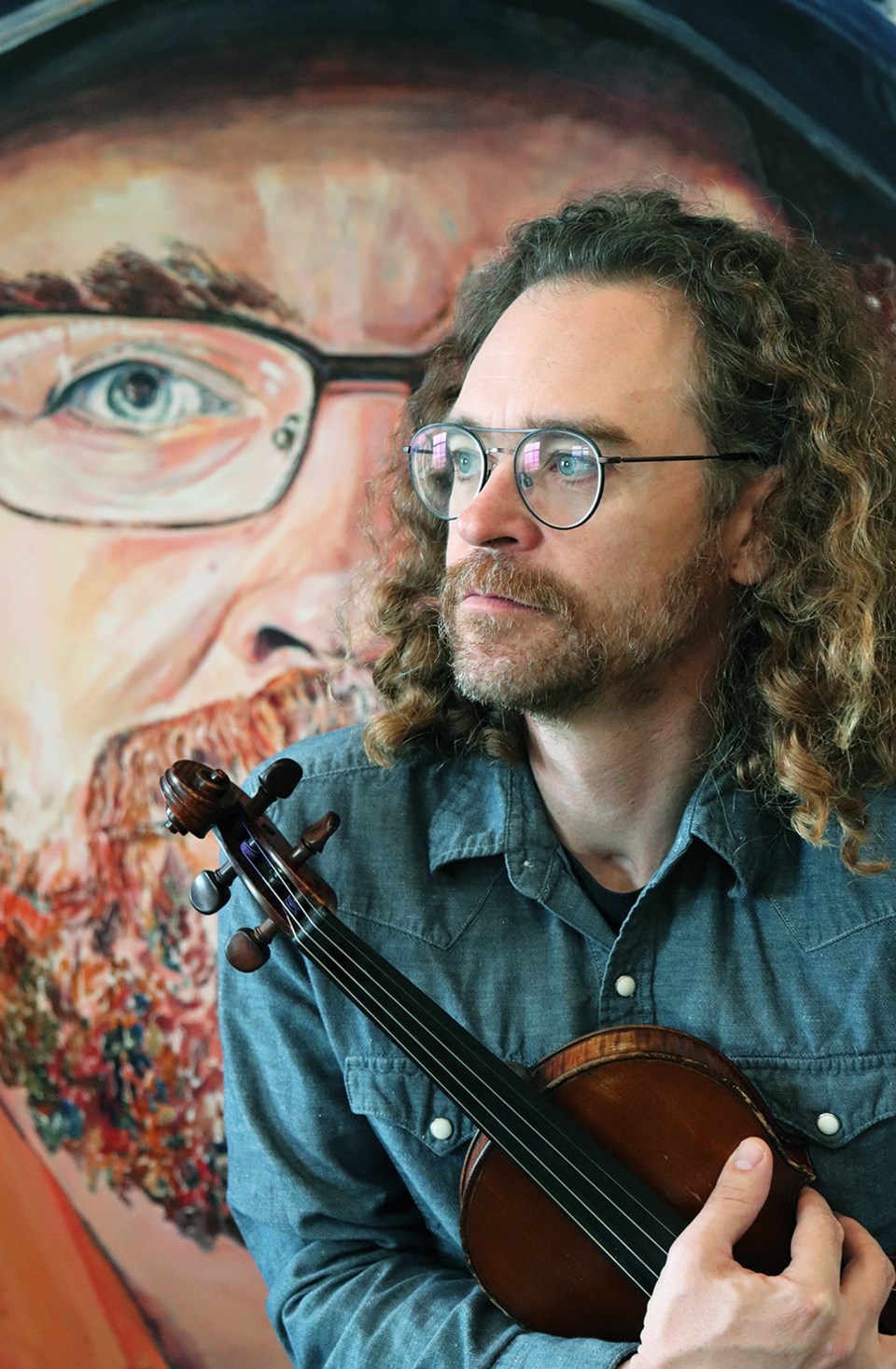 The jazz festival is streaming June 25 to July 4.

Zubot is performing four times at the festival with different groups, but most notably on June 25 at The Ironworks at 9 p.m. with his Josh Zubot Quartet

This new quartet formed partly due to the pandemic, which gave him time to reflect and rejig who he plays with, he said.

"It is going to be a lot of new music that I am currently writing, and we are looking at some older music that I had written before. So it might be a mixture of both of those styles," he said. "It is an energetic jazz group with a lot of improvisation."

Zubot moved to Britannia Beach from Vancouver in 2017.

It is an excellent spot to spend a pandemic, he noted, referencing the ocean view and forest that surrounds him.

"Obviously, I am an artist and musician, so my whole job life is maybe different than a lot of people. I work a lot from home when I am not playing shows," he said. "I am used to playing and touring, but in part, it was nice to be in one spot and such a beautiful spot to be stuck in."

He added a positive aspect was he got to focus on creating. But more than a year into COVID-19 restrictions and the isolation becomes less productive, he said.

"After a while, you kind of get lost in your own world... and you are craving being around people and feeding off other people's energy and ideas. That whole aspect is missed a lot."

He looks forward to a gradual move to playing more and more in-person events.

"Now there is a bit more hope that maybe we won't have all these cancellations all the time," he said.

But he noted that everyone is a little gunshy, nervous that restrictions will be renewed and shows called off again if the pandemic doesn’t stay fully under control.

He added that it will take time for in-person tours to be organized and booked; therefore, it could be a year before things are back to the way they used to be for musicians.

"Maybe locally, things will open up a little faster because you can book shows a little quicker and everyone will be wanting to book a show. I play with a lot of groups, so I have that advantage... so there might be more opportunities,” he said.

The hope is there will be a lot of audience passion for coming back to live performances, he said.

"People might even be open to seeing different things now," he said.

He describes some of his music as “experimental”  and “avant-garde.”

Zubot said he thinks that video streaming events are likely here to stay, even post-pandemic.

"It kind of opens up things up in certain ways. A lot of people all over the world, your fans, or people who are interested in your music can watch your live show from anywhere, through livestream. It is an interesting concept."

He noted that sound and video quality has and will improve over time.

In addition to his main show, Zubot will also play violin with Alvaro Rojas' 'Music for 22' on June 25, and with Dálava — a band he is recording an album with this month — on June 26.

He plays with a band he is recording an album with, on June 26.

He is also performing with the Longhand Trio Plus Zubots on Tuesday, June 29.

Get tickets for all these performances and more at www.coastaljazz.ca/.