Capturing the soul of wilderness 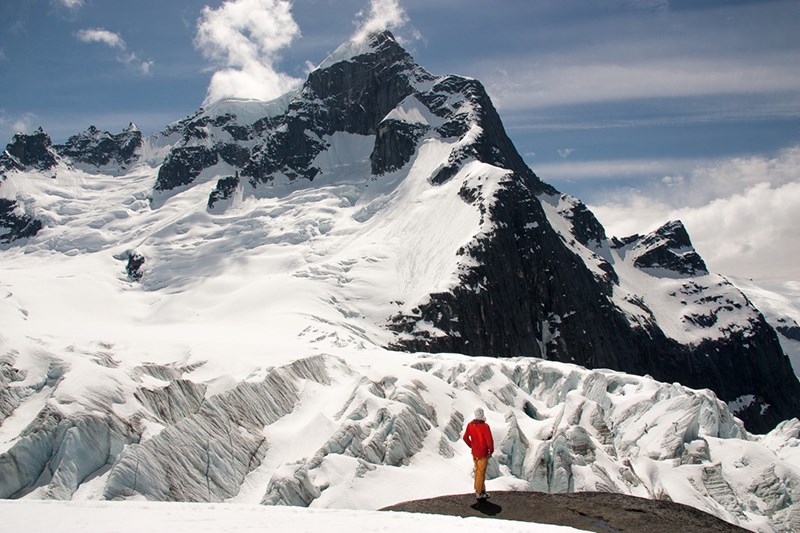 Linda Bily looks over a glacier on one of her many treks into B.C.’s wilderness.Submitted

John Baldwin and Linda Bily have experienced a feeling that most people in this rapidly urbanizing world never will – a sense of vastness.

The notion is usually accompanied by a feeling of insignificance, a growing consciousness that you’re a tiny cog in a constantly evolving planet.

Far from being a scary thought, there’s beauty in it, Bily explains. Hiking through B.C.’s wilderness for weeks on end without seeing another human is a treasured commodity. There’s a simplicity to it, the married couple adds. Day-to-day living is basic; tent, small campstove and a pack of cards for rainy days. The scenery is awe-inspiring and trekking in a world absent of man-made structures and people is becoming endangered.

“What we have in B.C. is world-class,” he says. “I think we tend to forget that. There is nothing else like this in the world.”

For more than four decades, Bily and Baldwin have explored the far reaches of the province and into Alaska. As a teenager, Baldwin attacked the Coast Mountains from his home in Vancouver. Bily, a Calgary native, made her weekend playground in the Rockies.

Both ski-traverse enthusiasts, they met when Bily needed to borrow a screen for one of her many slide shows. Since then, the couple have gone on adventures together. Now the duo is launching a book they compiled together, Soul of Wilderness, which features stories and photos from their experiences on pristine glaciers and alpine meadows. Next Thursday, Nov. 19, they will present a slide show and sign books at the Squamish Public Library at 6:30 p.m.

What’s their favourite spot? “Everywhere you go is special,” replies Baldwin, who also authored Mountains of the Coast and Exploring the Coast Mountains on Skis.

“Some places might be etched into your mind a bit more,” Bily says. “It could have been a hard ski before you got there or the lighting was perfect or the conditions wonderful.”

Around Squamish, many different routes for multi-day treks are possible, Bily adds. One can follow Squamish River up to its rugged beginnings or wander through alpine meadows in Whistler Valley, witnessing the diversity of the landscape in the Sea to Sky Corridor.

The duo ventured on a loop from Squamish across to Jarvis Inlet, the first inlet north of Howe Sound, and kayaked down the inlet to where it meets the Sunshine Coast. It’s a marvelous trip, they say.

At the crest of the mountains, before heading down into the Jarvis Inlet, there is a cluster of tarns – bath-sized ponds, hunkered into the stone.

“It’s so beautiful,” Bily says. “Floating in one of those tarns, you realize we are so lucky to be in this tiny part of earth.”

“Some of these places haven’t changed in thousands of years,” Baldwin adds.

The couple often enlists the help of Google Earth to select their next multi-day trek or ski traverses. While the tool gives one a bit of understanding of what they may face, you never quite know what it is going to be like until you get there, Baldwin says.

Many of the areas the couple has visited remain unprotected from logging and development. Bily says she hopes the book will highlight the importance of these swaths of wilderness. It’s imperative B.C. protects its forests for generations to come, as untouched land is rare in today’s landscape, they say.

“A lot of people do not know what is being lost,” says Bily.