Five local music acts take it to The Next Level 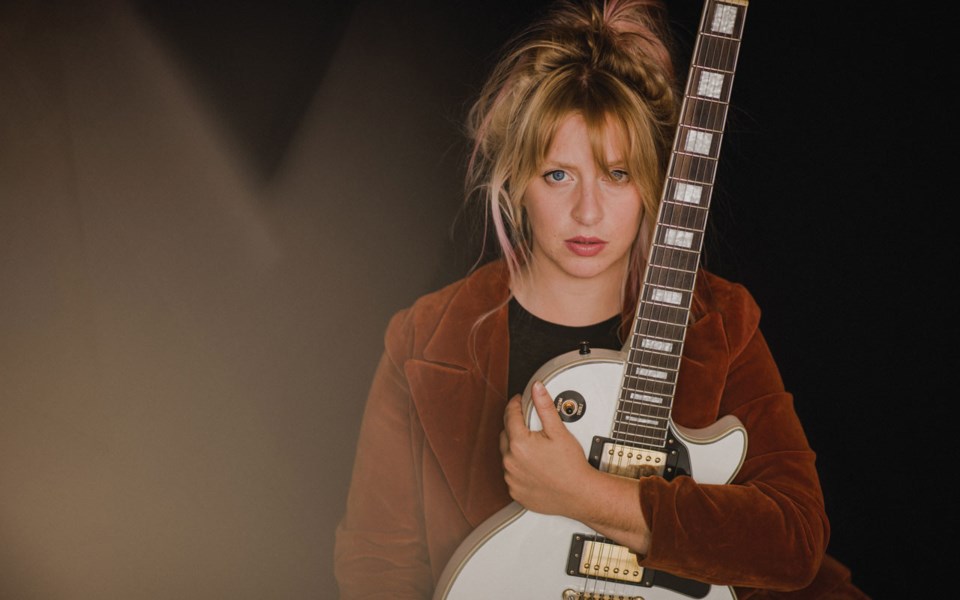 Local musician Cat Madden is set to kick off Arts Whistler’s Next Level streaming series on May 15. Photo by Logan Swayze

Like much of the arts, culture, and music world, Arts Whistler has grown used to a last-minute change in plans.

That’s why it wasn’t too fazed when its dreams of hosting an in-person audience for The Next Level series were dashed by public health orders.

“It’s definitely something the whole pandemic has prepared us for back to March of 2020,” says Imogen Osborne, programs and events manager with Arts Whistler. “We’re pretty good at changing tact these days and taking it as it comes. The musicians have been really great too. They all understand.”

The upcoming series, instead, will be livestreamed starting Saturday, May 15, and running through June. It marks the culmination of Arts Whistler’s professional development program, Creative Catalyst. For that one-off “band bootcamp,” five Sea to Sky bands and musicians—including Cat Madden, Introduce Wolves, Evan Kinsella, Lozen, and Little Earthquakes—were selected to learn everything from how to promote themselves to taking songwriting to the next level and even technical skills for the stage.

“I think [the musicians] are incredibly grateful to be involved in an experience like this,” Osborne says. “If each of them individually were to go out and seek consultation or workshops with these individuals it would be thousands of dollars. To bring them all together and have this shared experience with the creative professionals, the feedback we’ve been hearing from them is they’re grateful to be involved.”

Many of the sessions with local presenters were able to take place in-person, which was also a bit of a novelty.

One of the biggest surprises was how helpful the styling session was with Whistler stylist Jessie McNaught.

“People don’t like to be told what to wear, but that wasn’t what it was about as a whole,” says Amelia Browne, project lead on the initiative. “It solidified their values and what they want to get from their musical careers.”

For Squamish musician Cat Madden—who’s kicking off The Next Level series—the overall experience was even better than she imagined.

“I got so much out of it, it’s ridiculous,” she says. “The coolest thing about all this is I feel like we’ve actually been given insight into what could potentially be our everyday—properly planning our shows, planning our stage outfits, light design, set design, the stage show. Not just writing down 10 songs you’re going to play, but deciding how they flow into each other and taking it way more seriously.”

The upcoming livestream, meanwhile, will mark her debut with two new band members. The plan is for Madden to step back from the guitar to focus more on showcasing her powerhouse vocals and developing a more compelling stage presence.

“When I play guitar, I do have to stand in one spot and be stationary,” she says. “It will be a more enthusiastic performance from me personally.”

“It’s a bigger band, a lot heavier on some of the songs. We’re definitely well practised by now. It’s going to be better than it’s ever been for sure,” Madden says.

While playing for a live audience is still the ultimate goal, she says they’re looking forward to the livestream, which they hope will include an interactive element.

“Honestly, just the fact that we don’t have to bring anything apart from our equipment—no sound system or lights or tens of thousands of dollars worth of equipment [to livestream]—all we have to do is show up with our instruments, it’s so luxurious,” she says.

Catch the livestream on Saturday, May 15, from 8 to 9 p.m. For more information, or to see all the dates, visit artswhistler.com/press-release/creative-catalyst-next-level.