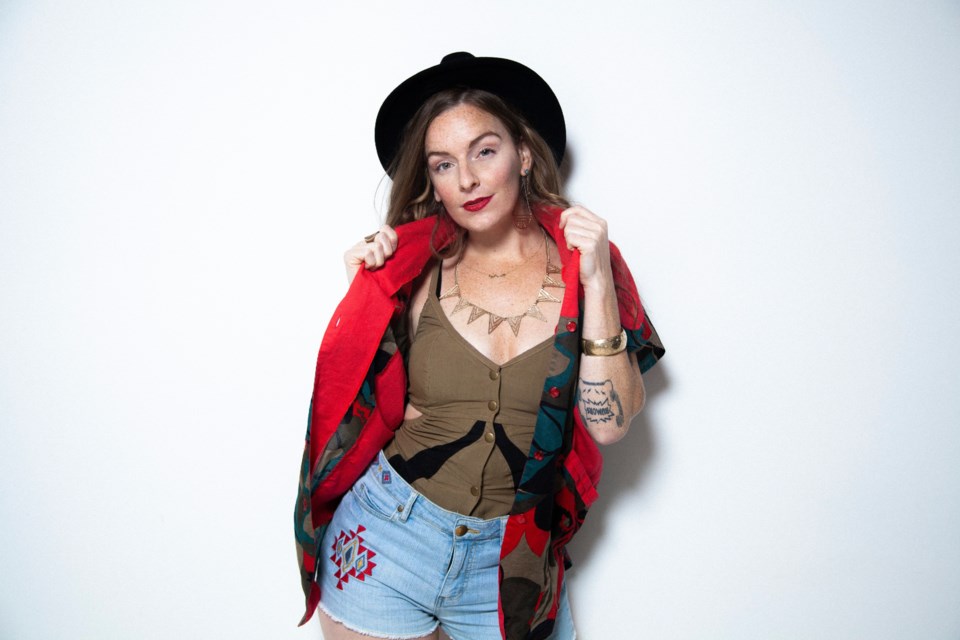 The new Squamish-based music video is like a time capsule of the before-time, as in, before March when the pandemic was declared.

It is a blast from the past not just because people are happy, singing, in close proximity and not wearing masks, but also because The Knotty Burl is featured. The popular nightspot had to shutter, and its owner moved away from town.

Squamish's Lozen, an alternative hip-hop artist, recently dropped the new single "Ladies World," featuring Skulastic & Benzosa that pays homage to the pioneer women in rap. The official music video of the song — chockablock full of Squamish scenes, people, and locales — takes viewers on a VHS-style journey back to the 1990s with a parody of Wayne’s World.

Lozen said she is deeply saddened by the loss of The Knotty Burl.

She used to play at the Ruddy Duck, too, the precursor to Knotty.

Despite the pandemic meaning she isn't able to tour, Lozen, whose real name is Meaghan Mullaly will release Goal Digger — a seven-track album — on Friday, Nov. 27 via Soul Path Records.

Production for the project was primarily by Vago/Technicians Music, who produced the hit Dangerous by Kardinal Offishall, featuring Akon.

"I have been sitting on that one for a while," Lozen said of Gold Digger. It was set to come out last year, but then she got a spot in the Artist in Residence program at Studio Bell in Calgary and so shelved the album, thinking she could put it out when she was done. But the pandemic threw everything up into the air.

"What do you do? How long do you sit on stuff?" she said.

The art is the art, she added.

"We just have to keep on doing stuff."

Some of the pandemic-era changes force artists to be more creative, she said, noting an upcoming music video had to be planned over Zoom with a choreographer in Australia.

"We are doing something new," she said.

Though there are the hip hop beats to get listeners grooving, such as So High, and philosophical anthems, such as I Am One, other lyrics on the album hint at her openness to taking the world as it comes.

She tells The Chief, this is how she is living her life.

Previously, she was always on the go, pursuing a version of success, that was making her unhealthy, she said.

"I am vegan now, and I am cooking all my own food. I wasn't able to do that before. I was on the road a lot and I had a lot of health problems because I was moving at this fast pace — go, go, go — and not listening to that inner compass," she said, adding that it is important to get to the heart of what you want, and "knowing that changes because we change."

Her process of making this album was really different, too, she said.

“Before I even got down with rap, I’d write songs on my acoustic,” she said on her website blurb about the album. “I went back to my roots with this one. In a sense, it was kind of like coming home.”

Though Gold Digger is just about to drop, Lozen is already thinking of what is next.

"Even though I am focussing on this [album] now, I will have in the background, while I am doing things, random instrumentals that I will play off of YouTube or wherever and sometimes I will get an inspiration and go voice record it," she said. "For when I get back to being creative."

Hear and Now - Whistler, BC