It's being run by veteran stunt actors with credits in things like Godzilla, Arrow and The Cabin in the Woods
May 24, 2021 10:48 AM By: Brendan Kergin 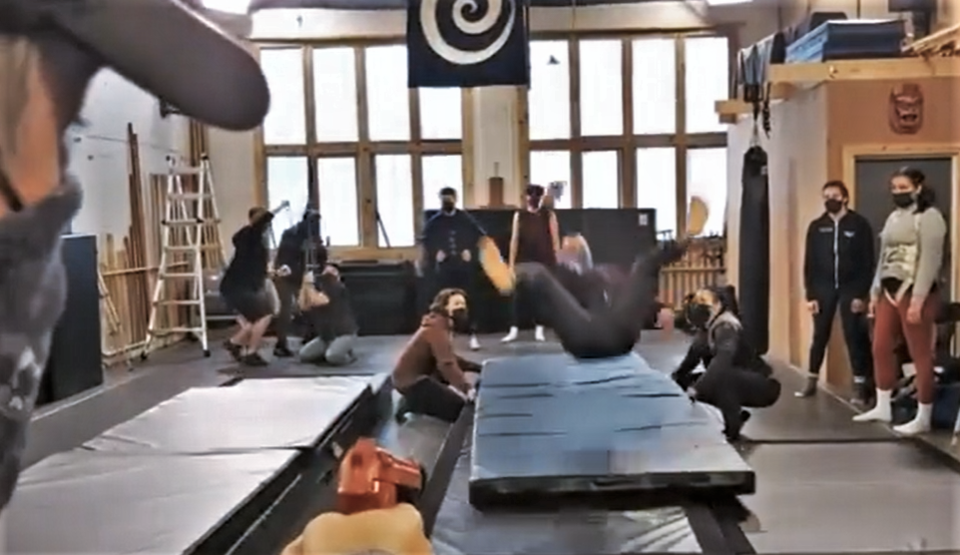 Someone is 'shot' and flies backwards in a practice stunt.delvalle_films_inc / Instagram

Indigenous people interested in a career in film and TV stunts have an opportunity coming up to learn from two long-time professionals.

The second round of the Indigenous Action Artist Mentorship Program (IAAMP) is happening May 29 and 30; the program has 20 slots for Indigenous people (18-years-old or older) with an athletic background. The program, created and run by Lauro Chartrand Delvalle and Bruce Crawford, had its first session in February.

Delvalle, a veteran stunt actor with credits in films like The Last Samurai, Deadpool 2 and even the original MacGyver TV show, has thought something was missing in the Vancouver film industry.

"I’ve always noticed, especially here in B.C., a huge lack of Indigenous cast and crew. I always thought to myself, this is their land, their home, why aren’t they participating and working more in film and television?” he says in a press release.

At the same time Bruce Crawford, who has his own impressive list of credits (like Elysium, Percy Jackson: Sea of Monsters and pretty much all the DC shows shot here) has been working with his wife to include Indigenous people in the local film and TV industry. They worked with the Musqueum Employment and Training program to find funding for the IAAMP.

Even though the first session only happened a few months ago, participants have been picked up by local productions, the new Kung Fu series from Netflix.

"There is so much talent, it is simply a matter of harnessing it, not only to work in film and TV, but also to carve out a space for more Indigenous roles to be created for the talent pool," states a press release.

Anyone interested is asked to email Jesse Blue at the Ancient Fire Dojo (ancientfiredojo@gmail.com). Participation is open to any Indigenous person (not just from Vancouver or B.C.).

Here is where the superhero shows are being filmed in Metro Vancouver
May 18, 2021 4:33 PM