Homeowners are being asked to participate by placing the testing units in ground-level homes for four months
Jan 19, 2018 7:00 AM By: Haley Ritchie 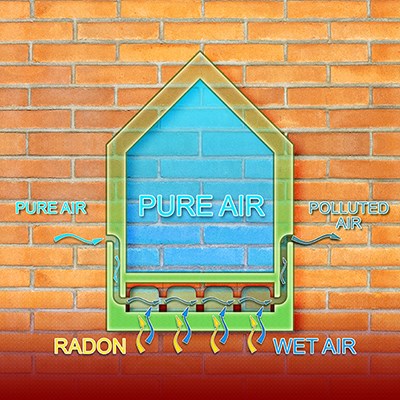 A research from Simon Fraser University is recruiting Squamish residents to test their homes for an invisible, cancer-causing gas that seeps from the ground.

“Most people have never heard of radon gas,” said Anne-Marie Nicol, an associate professor at the university’s Faculty of Health Sciences, presenting to councillors at a committee of the whole meeting on Jan. 9.

Nicol said that needs to change in the province, since the odorless and colourless radioactive gas is a common occurrence in homes and can cause lung cancer with lifetime exposure.

Radon is the main cause of lung cancer among people who have never smoked tobacco, according to the B.C. Ministry of Health. The only way to know if radiation exists in the home is to test for it – not something every homeowner thinks of.

“You get the keys to your new house, you have all these things to think about, do they think about radon? Are they testing and then taking those next step?”

Systems can be installed in a home to mitigate radon, including ventilation pipes and fan systems, but in a 2015 study less than 10 per cent of people in the province have tested.

Federal government testing focused on large metro areas, according to Nicol, so little testing data exists for areas like Squamish.

The study is also taking place in North Vancouver, West Vancouver, Whistler, Pemberton, the Sunshine Coast and the Gulf Islands.

“Part of why this region got overlooked is because they said, ‘Oh the coast is fine’ [...] but my gut sense is that there would be elevated levels in homes here that are air tight, but it remains to be seen,” said Nicol. “The federal government is aware that their testing is not as good as it could have been.”

The testing units, which resemble plastic hockey pucks, are being provided free in the study. They can also be ordered from private retailers for around $30.

To participate in Nicol’s study, residents need to live in a home with ground contact or a basement. They also need to be present in the home for the next four months and be able to answer questions about home, age, size and characteristics of building.

Results from the testing unit will be anonymous, so Nicol said the results are guaranteed not to affect property values. Consent forms can be filled out at sfu.ca/radon.

“Our main objective is to increase the testing in your region and to follow up on the hypothesis generated at the University of Calgary about the home size,” said Nicol.

“We feel that the university is a good place for it, I’m not trying to sell you anything or promote or advocate, I just think it’s a good idea that we know what we are exposed to, it might help reduce cancer risk and help to build better homes that reduce that risk.”