With new EP in tow, Out East hope for summer onstage 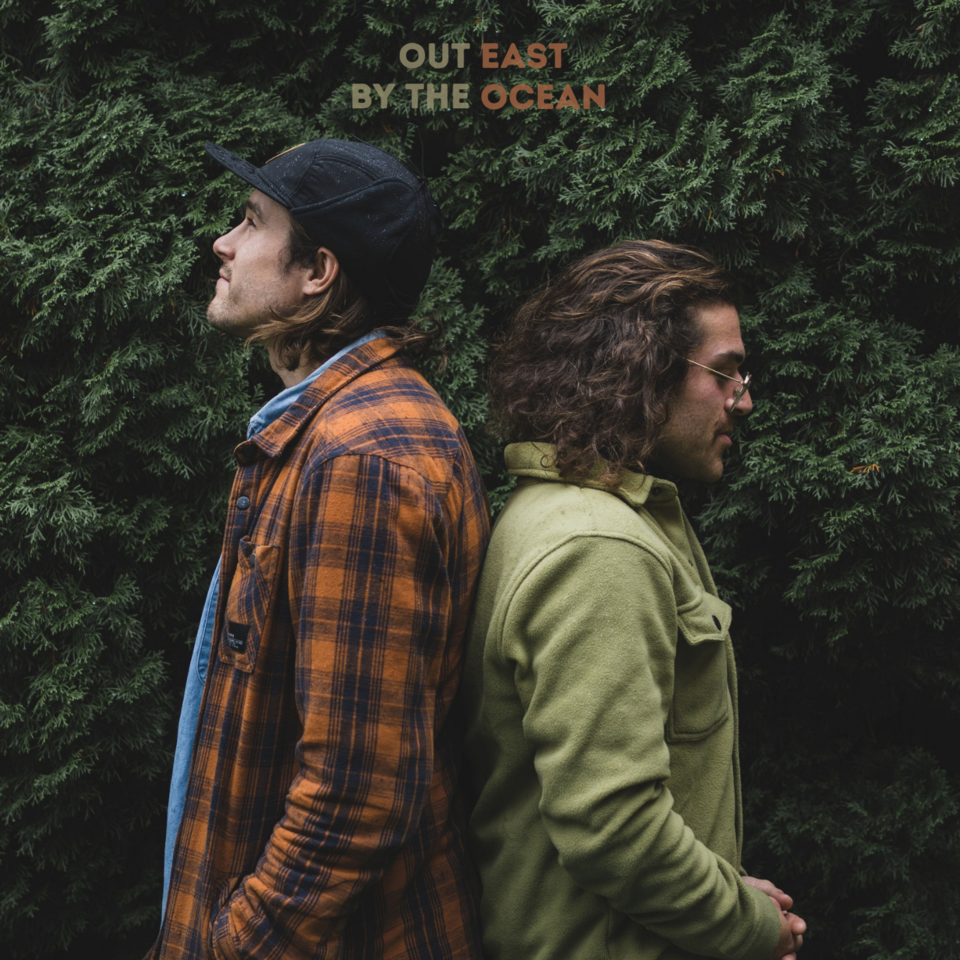 Squamish duo Out East are back with a new EP, entitled By the Ocean. Photo submitted

They played in front of a live audience—outdoors at Cliffside Cider—for the first time since the COVID-19 pandemic began (save for one opening gig last summer).

“I haven’t been able to wipe the smile off my face since yesterday afternoon,” says Adam Ravalia, one half of the duo.

While the band released its debut EP, He’s, last summer—filled with catchy, laidback atmospheric pop tracks—because of the pandemic, they were unable to tour—or even play locally—to promote it. Internet promotion and advertising can only go so far, they learned.

“Just from that [recent live show] you see more action on the Instagram page, more people engaging,” Ravalia says. “It shows just how important it is to get out in the community.”

Rather than sit around and wait for shows to restart again, Ravalia and bandmate Jon Allan continued to stick to a schedule, meeting up every Thursday to practice and write news songs.

“That consistent, weekly gathering has been something we could hang onto and it tethers us to the project,” Ravalia says. “You run out of things to do and you find yourself feeling you’re floating in space without much to ground you. It’s such a blessing to have music, friends that play music, and have people to write music with. I feel super blessed to be involved in that … Despite not being able to play shows, it’s been grounding for me.”

That’s how, by February, they were able to finish songs for another EP—this one called By the Ocean—and send them off to a friend on the East Coast to help with mixing and producing.

Stylistically, the tracks might be similar to those on He’s, but lyrically, they draw from their recent experience of missing family in Newfoundland.

“It’s been 18 months since either of us have seen our parents or loved ones,” Ravalia says. “The song ‘By the Ocean’ we wrote about the old days in St. John’s when we used to play in bands out there. It’s about missing the Atlantic Ocean and the East Coast. We haven’t been able to travel there physically, so we used our music to travel there and feel all the emotions that come along with being away from home for so long. We channelled that into these songs.”

The single, “Fences,” is available on Spotify now with the rest of the album set for a June 16 release.

In the meantime, Out East is hoping and planning for a summer of live music ahead.

“We’re eyeing pubs around Squamish and Whistler,” Ravalia says. “I find myself mass applying for everything—making phone calls, dropping into places. We can come in and help bring live entertainment back. People are really excited about it. I’ve never seen such an engaged crowd [as last weekend]. As much as I was smiling, I was looking around and people were beaming. I didn’t realize how much I missed that part of my life until I had it back.”

Will Ross shares intimate stories behind new songs in documentary
May 31, 2021 9:00 AM