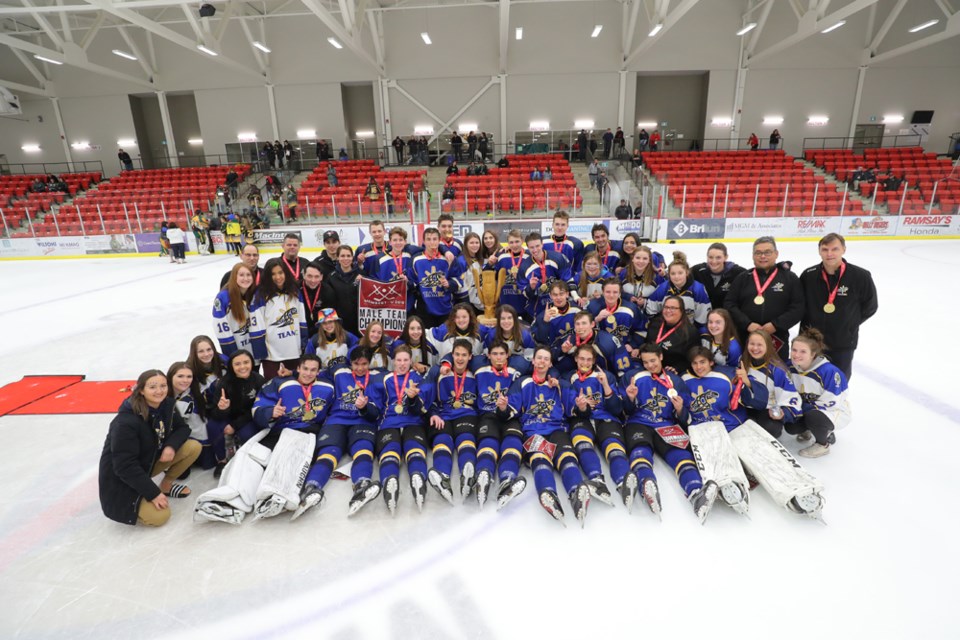 Male and female teams from 2018.Submitted

Three players with Sea to Sky connections have been selected to represent B.C. in the 2019 National Aboriginal Hockey Championships to be held in Whitehorse, Yukon from May 7 to May 12.

The selections were announced on April 25.

To select the players, the Indigenous Sport, Physical Activity and Recreation Council (I·SPARC ) hosted a Team BC Player Selection Camp from April 5 to 7,  in Abbotsford. There, 20 male and 20 female hockey players were selected from a roster of 94 attendees.

“Our three-day selection camp showcased an amazing level of talent from across the province,” said Rick Brant, Executive Director at I·SPARC in a news release. “Team BC will be defending last year’s male gold medal performance and building on an impressive fourth-place finish by the female team. We are very pleased with our rosters and the strengths of our two teams as we prepare for the 2019 NAHC in Whitehorse.”

Next, Team BC players will attend a one-day training camp prior to departing for the Yukon on Monday, May 6.  The NAHC competition starts on Tuesday, May 7.