A room with a Squamish view

The Bridge temporary housing shows what is possible: Squamish Helping Hands
May 22, 2020 9:52 AM By: Jennifer Thuncher 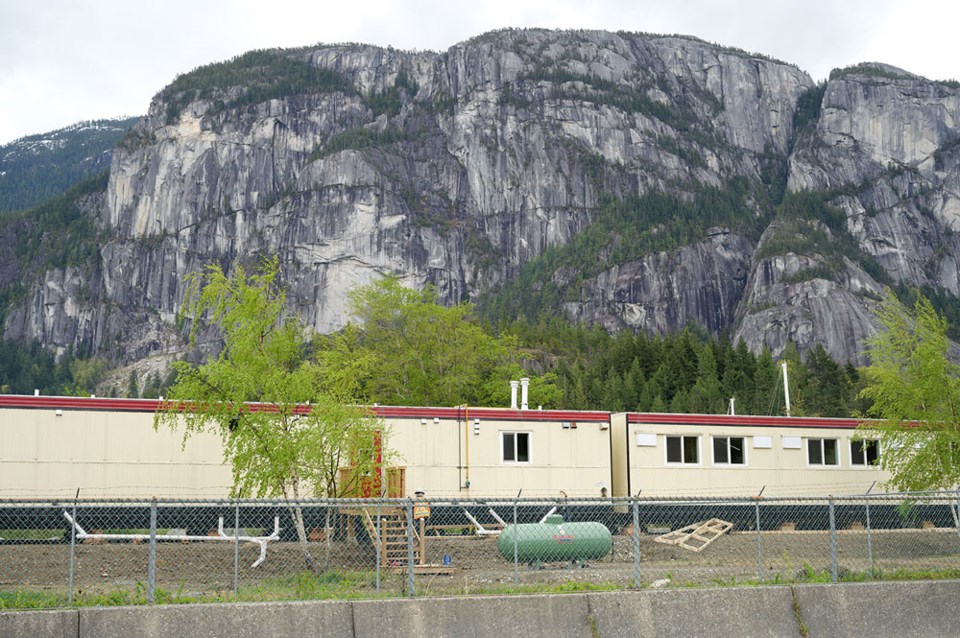 These new modules are providing a home for those in need during the COVID-19 pandemic.File photo/David Buzzard

There is something about being housed in a lovely spot that raises everyone's spirits, says Maureen Mackell, executive director of Squamish Helping Hands.

"It really makes a difference for people to be in a location that is beautiful, where there is nature and some water," Mackell said, adding residents are spaced out and the complex is calm. "I am really seeing everybody kind of respond to that. We often think about creating housing [for the homeless] in these odd, weird places off to the side. This shows how important the environment around a housing project can be."

At The Bridge, there are 36 temporary dorm-like units and 12 emergency shelter beds, which are available each night for whoever needs them on a first-come, first-served basis.

"It is pretty remarkable to see it come together pretty much on a dime," Mackell said. "And to see the really quick wins. People looking better. People feeling better."

Having both temporary housing and shelter beds at the same location was easier to staff, she added.

"It is difficult to staff two entire projects at once — we staff it 24 hours a day."

Residents began moving into the housing units in the beginning of May and those units are now all occupied. There is a waitlist of about 15 people, Mackell said, for any that open up.

"There are others on our radar," she added.

The units, a result of a partnership with Squamish Helping Hands, BC Housing, and the District, were erected in response to the pandemic and the need to allow those without permanent homes to self-isolate, as recommended by the provincial health officer at the time.

Mackell said that one of the lessons learned from the project already, that will carry beyond the pandemic, is that the prospect of housing the homeless is not a scary one.

"These folks have been surviving on their own for a long time. By providing housing opportunities, it is only going to make things better," she said. "The benefits far outweigh the challenges."

While at first, the idea was to deliver meals to residents, that has shifted so residents come to the Helping Hands drop-in location on Third Avenue to eat.

"If you really think about it, having people lay around and not really get up and do something healthy, it is a bit counterproductive... especially now that things are relaxed a little bit," she said.

The logistics of delivering meals and the waste that can add up in people's rooms also contributed to the move away from door-to-door meal service, she said.

During the pandemic, Helping Hands, currently with the help of redirected District staff, provides 30 to 50 locals' meals per day.

Also getting underway at The Bridge is an overdose prevention peer witness initiative.

These experienced workers are available for residents to witness their drug use to ensure if they overdose, they can get help immediately.

The government of B.C. declared opioid-related overdoses a public health emergency on April 14, 2016.

According to the BC Coroners Service, since the start of 2016, more than 5,260 people in this province have died from illicit drug poisoning.

Further, BC Emergency Health Service data shows that the rate per month paramedics are called to overdoses ( per 100,000 BC residents) increased fourfold over less than three years — from eight events per 100,000 in January 2015, to approximately 31 events per 100,000 by March 2019.

The peer-witness program will be up and running at The Bridge in a couple of weeks, Mackell, said and will continue at Under One Roof.

This will be in conjunction with the Lifeguard App, released May 20 by the Provincial Health Services Authority (PHSA), which allows drug users to set an alarm when they use and if they don't turn it off, help will come to them.

The Bridge temporary housing is to be in place

until the Squamish Helping Hands' Under One Roof facility is up and running in October. That project will provide food, services, and shelter in a brand new building under construction at 37871 Third Ave.

What about the next wave of COVID?

The spectre of a second wave of COVID-19 puts more of a focus on the operations at the future Under One Roof facility, Mackell said.

"It is tough because the whole idea for Under One Roof is to bring people together — it is about being in community," she said. "And so we have to work with that, in contrast to, 'How do we keep people safe and distanced so things don't get out of hand.'"

Mackell said Helping Hands' staff are being hyper-vigilant about not introducing COVID to the community they serve by following strict pandemic protocols. To date, there has yet to be a positive COVID-19 test among those Helping Hands serves, she said.

If someone does get sick and tests positive, they will be cared for at another location, not at The Bridge, she added, to avoid spreading it further.