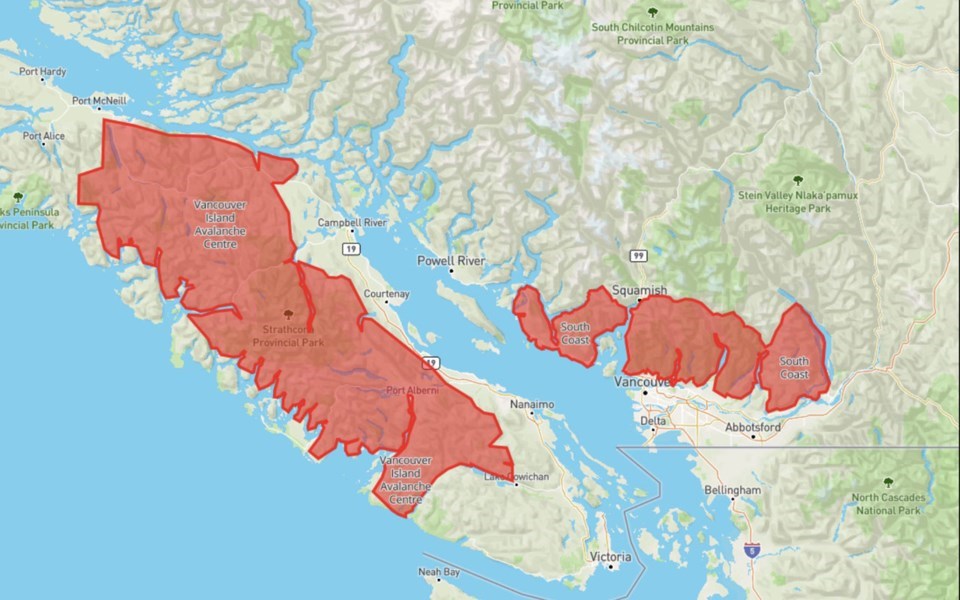 Avalanche Canada has extended its warning for B.C.’s South Coast and Vancouver Island regions including in the Sea to Sky.

The organization issued its first Special Public Avalanche Warning to backcountry users on Jan. 28 and on Monday, Feb. 1, extended the advisory until Thursday, Feb. 4.

In a release, Avalanche Canada explained that its forecasters continue to be concerned by a weak layer that has been buried, a phenomenon not often found in such a warm climate. Recent snowfall has increased the load on the weak layer, meaning that a greater amount of snow could come down should the layer be triggered.

“As we said in the original warning, this persistent weak layer is a concern because it is not typical for this region,” Avalanche Canada forecaster Kate Devine said in the release. “In the rugged terrain of the North Shore Mountains and the popular backcountry areas of Vancouver Island, there are lots of places where this layer is a really big problem. We urge all recreational backcountry users to be extra diligent in their route finding and give yourselves a large margin for error when travelling in any type of avalanche terrain.”

Avalanche Canada also reminded backcountry users to check its website for updates before heading out, and to ensure that they have all essential gear when venturing out.