Back to the drawing board on marine zoning in Squamish

Public hearing prompts the District of Squamish council to take a step back.
Jun 10, 2021 6:00 AM By: Steven Chua 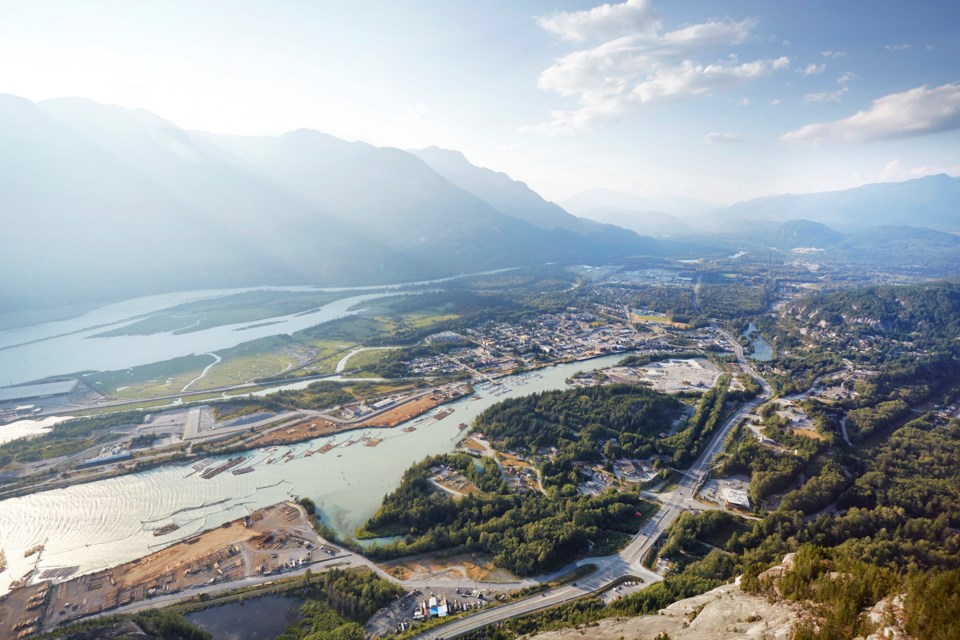 Access to Squamish's waterways is at the heart of the debates around marine zoning. James O'Neil/Getty Images

Criticism from the tourism and logging sectors has prompted District council to hold off on its proposed marine zoning bylaw.

On June 8, council voted unanimously in favour of sending its bylaw back for another second reading at a future date after staff make adjustments to the proposal.

This wide-sweeping bylaw proposes several new marine zones that are intended to provide clear governance of the town’s waters. Implementation of the bylaw is a recommendation in the District’s Marine Action Strategy.

However, a lengthy public hearing where local business interests and a provincial organization expressed concern has caused council to take a step back, at least for now.

The two issues that drew the most attention during the hearing involved the proposed P4 ecological zoning for the uppermost part of the Mamquam Blind Channel and M1 and M4 zoning changes that would affect logging storage, among other things.

Jeff Levine, the owner of the Sea to Sky Adventure Company, had a strong reaction to the proposal. His business is based out of the Squamish Adventure Centre.

“This new zoning would stop my business,” said Levine. “We would not be able to launch any kayaks or paddleboards or canoes into the Mamquam Blind Channel from our Squamish Adventure Centre.”

He was referring to the P4 zoning that would turn the area into an ecological reserve.

Levine also had concerns that the zoning would hinder the creation of a dock in the area.

He noted that while some on council said it would be possible to build a dock on the nearby M1 marine navigation zone, which allows for community water access, there was little space in that area.

“There’s only 94 metres of that area that is owned by the District of Squamish. The rest is private property owned by the Squamish Adventure Inn and Redbridge on the other side,” said Levine.

This would unfairly funnel people into the Squamish Adventure Inn’s property, he said.

Levine also said P4 zoning would also make it a challenge to get dredging in the area for recreational purposes.

However, the municipality’s director of planning said current launching of boats by hand would still be allowed under the new zoning.

“The rezoning does not have facilities in it, but if somebody wants to launch a boat from that area by hand, that’s totally fine,” said Jonas Velaniskis.

“If there is a commercial business that is currently commercially launching boats by hand, they’d be considered kind of a legal non-conforming use, so that can continue to operate as it does today.”

The executive director of the Chamber of Commerce also spoke out against the proposal.

“Squamish chamber is aware of a number of concerns from the business community, including concerns around proposed M4 zoning on the forest industry and the constraints of the proposed P4 zoning on future opportunities for the tourism sector,” said Louise Walker.

The M4 Marine Log Storage zone is expected to surround Site B on the east side of the Mamquam Blind Channel. It allows for limited water-based log handling and includes provisions, such as the implementation of 100-metre setbacks from certain items like fish habitat areas, among other things.

“With M4 zoning, we need to understand the impact of that on our existing businesses and the greater Sea to Sky economy,” said Walker. “Squamish chamber would like to ensure that marine zoning does not negatively impact existing businesses that are core to our community or create barriers for future possibilities. We believe that [it’s] premature, and until there has been few consultations with stakeholders to understand the needs and impacts of proposals, it’s not something we can support.”

Heather Kawaguchi of Tourism Squamish said there were concerns that designating the Upper Mamquam Blind Channel as P4 could result in the loss of a chance for public docks and selective dredging to improve water flow.

“We encourage you tonight, mayor and council, to vote against the P4 zoning of the Upper Mamquam Blind Channel, to allow for the further exploration of the possibilities by way of a marine economic opportunity study, a dredging feasibility study and to consider the other zoning options which would meet the needs of Squamish residents, Squamish visitors and the tourism economy,” Kawaguchi said.

Peter Scharf, operations manager of BC Timber Sales — a provincial organization tasked with designating who gets access to cut blocks — said the rezoning could create unintended consequences to the forest industry, and asked council to defer their decision.

The bylaw will change the west end of Howe Sound to M1 zoning, which will not support BC Timber Sales’ access to a proposed log transfer facility north of Mill Creek, he said.

The alternative industrial M4 zoning would also impose constraints that would prohibit the pruning of the site, which would’ve been allowed under provincial or federal guidelines, Scharf said.

Dave Southam, the Sea to Sky district manager for the Ministry of Forests, noted that only the Squamish Nation had been consulted on this matter.

He said other Nations, such as the Tsleil-Waututh and Lil’Wat Nations, would be affected by the proposed zoning.

Mayor Karen Elliott asked staff to rework the M4 zoning aspects of the bylaw and bring it back for a second reading again. It appears as if staff will be working solely on that aspect and will not be addressing the P4 concerns, at least until the next round of feedback.

Coun. Doug Race noted that the concerns regarding the P4 zoning were valid.

“Once you zone it for that type of zoning, it’s fairly difficult to undo, and I think that’s a fairly accurate concern,” said Race.

“I think we have to remember, based on what we said tonight, that we are prepared as a council to consider in effect changing some of that P4 zoning if it eventually goes that way.”

The bylaw will be sent back to second reading at a future date.