Bylaw in works to allow electric vehicles on Squamish roads

Solar City celebration planned for June 25 to showcase electric cars
May 26, 2016 6:00 AM By: Jennifer Thuncher 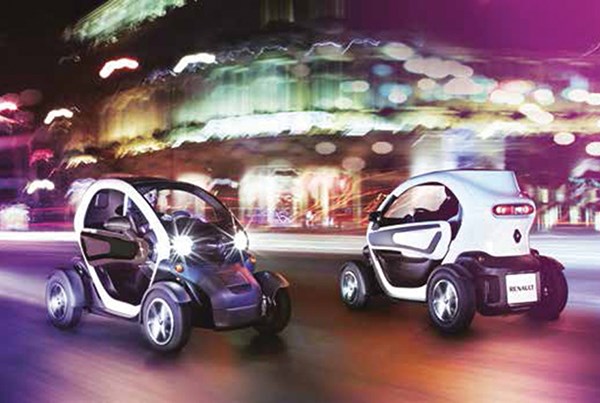 A Renault Twizy electric car is set to be on display at the Solar Cities event in Squamish on June 25.Promotional

If all goes according to plan, the sun will shine and a selection of electric vehicles will be on display for the official declaration of Squamish as a Canadian Solar City.

In order to earn the moniker of a Canadian Solar City, the Squamish Alternative Energy Group and the District of Squamish have worked for more than a year on meeting or agreeing to meet the 10 criteria set out by the project such as the municipality’s energy plan for its own facilities.

The Squamish Alternative Energy group is arranging an electric car show for the Solar Cities event. Several car companies, including General Motors, Chevrolet, Ford, ElectroMechanica and Renault, are bringing electric vehicles for people to view, according to Matt Blackman of the alternative energy group. He has leased a Renault Twizy, which is a 100-per-cent electric vehicle. The BC Motor Vehicle Act states you cannot drive such cars unless a municipality passes a bylaw to permit them.

District of Squamish staff is currently drafting a bylaw, which, if passed by council, would see low-speed, zero-emissions vehicles allowed on Squamish neighbourhood streets. Staff is also investigating the possibility of a future bylaw to allow medium-speed vehicles.

Council directed staff to draft the bylaw for council’s consideration after a presentation by Blackman at its committee of the whole on May 17.

If the low-speed bylaw is adopted, the vehicles would legally be allowed on district roads and would be permitted to cross the highway, but it would remain illegal to drive them on Highway 99.

If council ultimately adopted a medium-speed bylaw for the vehicles, it would be the first municipality to do so in B.C., Blackman said.

A medium-speed bylaw would allow the electric vehicles on the highway, he said. If the bylaw passed, Blackman said he envisions Squamish becoming a hub for electric car testing.

He noted the higher speed limit would allow companies to test the cars at capacity. “There is quite a demand to reduce greenhouse gases, and this is a great way of doing it and reducing congestion and parking and everything else.”

Heintzman said it will take district staff a little longer to investigate the possibility of a medium-speed bylaw and bring it back before council because it would be the first in B.C.

According to director of engineering Rod MacLeod, district staff could have a draft low-speed bylaw before council for consideration within a month.

Blackman said he was hopeful the bylaw would be passed in time for the electric vehicles at the solar cities event to be legal on Squamish streets The Solar Cities event will take place at 39279 Queensway on Saturday, June 25 starting at 10 a.m.