The people behind the social media account claim to be professionals and apologize for the stunt
Jan 20, 2021 2:34 PM By: Brendan Kergin 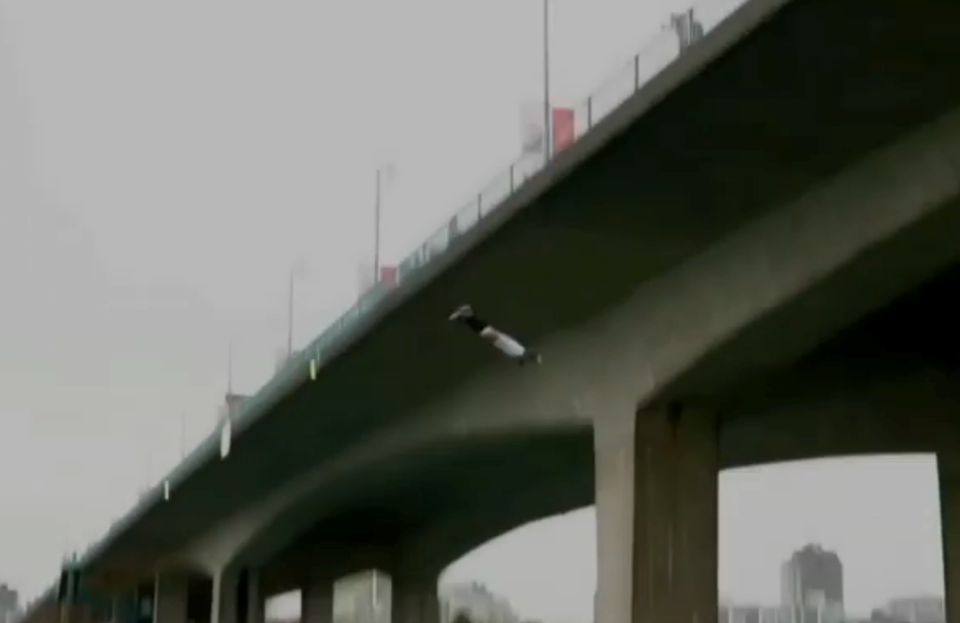 The young man tumbles into the water below.@thesendboyss

A video of a young man backflipping off the Cambie Bridge is catching criticism and condemnation from the Vancouver Police Department (VPD).

The stunt was posted on Instagram to the account @thesendboyss, showing a young man backflipping into the busy False Creek below, where sailboats, harbour ferries and other watercraft often traverse.

"VPD strongly discourages social media stunts of this type. Depending on the circumstances, they could be criminal. At the very least they are extremely dangerous for a variety of reasons," writes Sgt. Steve Addison in an email to Vancouver is Awesome.

While boat traffic is one concern, what lies below is another.

"There is currently a sailboat sunken under the south end of the bridge from a recent fire. A bridge jump at a particularly low tide could result in someone striking that object, or other debris under the bridge," he explains.

Addison notes that these sorts of stunts could also create copycats as others look to go viral on social media.

Last year, the same Instagram account was behind a video that also caught heavy criticism, showing someone leaping of the Lonsdale Quay Q tower.

In messages with Vancouver Is Awesome, the people behind the @thesendboyss account claim what they are doing is legal, and add they don't condone others following in their footsteps. They also state they have professional experience as trained divers.

In continued messages to Vancouver is Awesome the group apologizes for the stunt.

"We also were trying not to cause any trouble and we just wanted to do it for fun and share what we did," they write. "And we understand and apologize if the city is mad at our stunt."

"We understand if you don't want it done again and will respect that."