My Sea to Sky says new rules would be too soft on projects like Woodfibre LNG, but province disagrees
Oct 25, 2019 6:00 AM By: Steven Chua 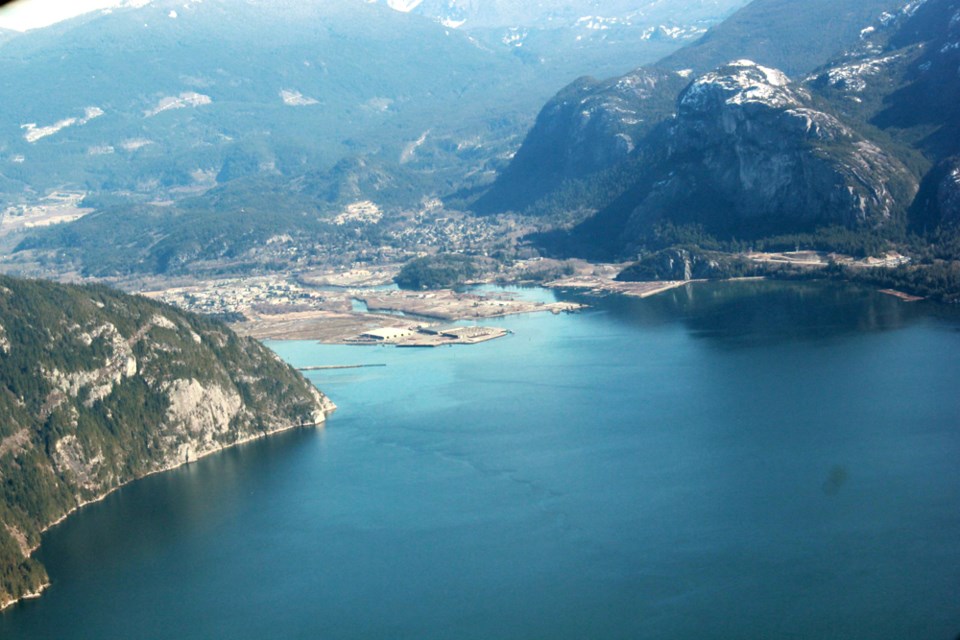 A Squamish activist group is sounding the alarm over proposed changes to the provincial environmental assessment process. At the same time, the District of Squamish is also expressing some concerns it has with the proposal.

My Sea to Sky says that in certain circumstances the new Reviewable Projects Regulation, or RPR, may not be tough enough on major projects like Woodfibre LNG and its associated FortisBC Eagle Mountain pipeline.

“This is completely unacceptable.”

However, the provincial Ministry of Environment has responded, saying that a project like Woodfibre LNG would still be reviewable, but under a different set of criteria.

“It’s important to emphasize that effects thresholds are only considered if a project does not meet the primary project design thresholds,” ministry spokesperson Pamela Roth wrote to The Chief.

“For example, a project like Woodfibre LNG is reviewable because it meets the project design threshold of a new LNG facility with a storage capacity of greater than or equal to 136,000m3, even though it does not meet the proposed effects threshold of 382,000 tonnes of GHGs produced annually.”

The proposed changes to the Reviewable Projects Regulation sets out the criteria for which projects should be given an environmental assessment. To do so, it’s created different project categories and provided thresholds for them to meet.

Projects that don’t fall into one of the categories will not be given an environmental assessment.

Authorities will then determine if it meets thresholds for its specific category. If the project meets the category-specific thresholds, this will trigger an environmental review.

If it fits into a category but doesn’t meet the category threshold, then officials will evaluate whether it meets universal “effects thresholds,” which apply to all projects.

Critics say that there should be a catch-all category for projects that don’t fall into one of the project categories, but still meet one more of the effects thresholds

However, the Environmental Assessment Office is not recommending the creation of a catch-all. “It has the potential to bring projects already governed by rigorous legislative and regulatory frameworks into the [environmental assessment] process, creating duplication,” reads a report from the province.

Failing to meet the effects thresholds,
a project may have to issue a public notification — which would be published on Environmental Assessment Office website — if it meets “notification thresholds.”

Roth wrote that the regulation is still in draft form and will be subject to change based on feedback.

The commenting period lasted from Sept. 6 to Oct. 7.

“While the new RPR thresholds (once finalized) may not capture as many projects as some may want – it’s important to note that environmental assessments are just one tool in the overall framework to regulating development activities in B.C.,” wrote Roth. “Activities or projects that do not undergo an [environmental assessment] are still subject to the oversight of other ministries and regulatory agencies.”

In it, Saxby and Eoin Finn, the group’s director of research, laid out their critique.

“In our view, the proposals in the current [Reviewable Projects Regulation] Intentions Paper will only serve to weaken- not strengthen - the way in which projects are subject to an environmental assessment,” they wrote.

They say in some cases, thresholds have been increased greatly. One example relates to clearing out land for projects.

“The current proposal is to not mandate EAs for projects that require fewer than 600 hectares (1,483 acres, six square kilometres) of land to be cleared, or a “linear corridor” up to 60 kilometres in length,” the letter reads.

“This greatly-increased threshold would allow clearcutting and levelling of an area the size of Stanley Park without triggering a review based on impacts.”

The District of Squamish also had some concerns with how these projects affect municipalities.

In an email to The Chief, Mayor Karen Elliott noted that thresholds do not take into account how close a project may be to a community. They also don’t take into account local Official Community Plans or, in a regional district’s case, Regional Growth Strategies.

“A 60-kilometre linear disturbance may have substantially different impacts if that project is in close proximity to a community versus far from habitation,” wrote Elliott.

As an example, she noted that Woodfibre LNG and the associated Fortis pipeline are considered separately, even though they are dependent on each other’s approval.

“This is extremely challenging for affected communities in that it doesn’t take into account the effort required to respond to each process, the lack of one application document that captures all of the cumulative impacts — both positive and negative — one timeline for construction impacts, and a co-ordinated engagement process by all proponents involved that works for the community,” Elliott continued.

Elliott said the District wants the proposed RPR to capture projects on the scale of Woodfibre, Fortis and Garibaldi At Squamish.

In a follow-up call, she told The Chief that in some cases, some of the thresholds may be too low.