A temporary firehall will likely be built near the hospital to maintain service in the area
Dec 12, 2019 8:00 AM By: Steven Chua 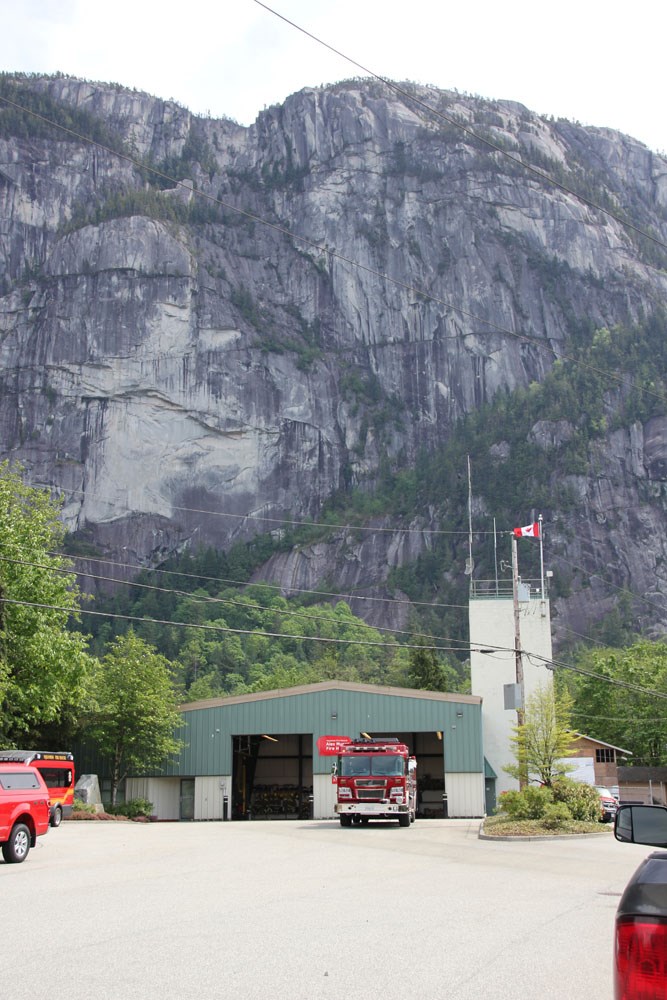 Squamish council has asked staff to use a “carbon-neutral ready” design for the upcoming new firehall and emergency operations centre in Valleycliffe.

“Carbon-neutral ready” generally means a building on the cusp of being carbon neutral — it’s often made with the intent of later installing renewable energy sources such as solar.

Elected officials voted unanimously in favour of this option at its meeting on Dec. 10 after being presented with three design choices.

Council’s choice features an all-electric building with an improved building envelope and a water-to-water heat pump system, among other things.

Furthermore, the building allows for the future installation of onsite renewable energy generation, such as solar power.

Council’s choice is also expected to be LEED certified. The old Valleycliffe firehall will be demolished and the new one, as well as the emergency operations centre, will be built in the exact same site at 37890 Clark Drive.

“In my opinion, the building we’re taking down is not even close to the end of its life,” said Coun. John French.

“I want to make sure the decisions we make are not going to leave us in a situation 20 years from now where we’re tearing this building down because we made poor choices at this table.”

The architects behind the project also discussed a change in the location of a temporary firehall.

This facility was originally intended to be right beside the site of the new firehall, and would serve as a substitute until the new structure is fully built out.

However, because of a BC Hydro right of way, as well as land ownership issues, crews won’t be able to build in that location, said Stuart Rothnie of HCMA Architecture. As a result, the temporary facility will likely be relocated to the intersection of Guilford Drive and Clarke Drive, right near Squamish General Hospital.

The temporary fire hall will have tent structures to serve as fire truck bays, a support structure and parking.

French voiced concern that this could make it very challenging to find parking in the area.