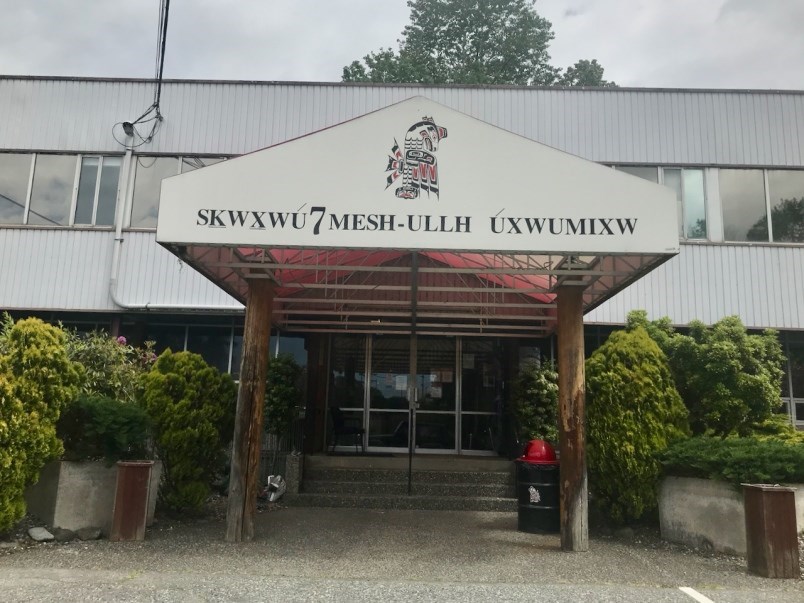 A lawyer for former Squamish Nation band councillor and department head Krisandra Lenore Jacobs, on trial for allegedly defrauding the Squamish Nation out of close to $1 million, told a judge Thursday there is no direct evidence that his client did anything wrong.

Jacobs, on trial before Judge Lyndsay Smith in North Vancouver provincial court, has pleaded not guilty to charges of theft over $5,000 and fraud over $5,000 in connection with hundreds of cheques that she cashed between April 1, 2011 and May 2, 2014.

The Crown prosecutor has alleged that Jacobs used a back channel “shadow process” to circumvent official checks and balances and get cheques issued to her, often after hours.

But Turner said that process had already been set up by former Squamish Nation band manager Glen Newman. “He was more involved than he was initially suggesting,” said Turner. “He did take relatively large cheques.”

Turner said the reason Jacobs never provided documentation of the people she helped with the money is “We’re dealing with a traditional society where people live closely together. People were very reticent to allow personal details to be available for others in the community.”

Turner added before newly hired chief administrator Walter Schneider began looking into the cheque requisitions, “There was never any expression of concern that the amount of money [Jacobs] was requesting wasn’t needed.”

Many of those Jacobs was helping didn’t have bank accounts, he said. “They require cash. That’s the way it’s done.”

Turner said the head of the finance department at the time was aware of how money was being handled for the band manager’s emergency account. “This was the way things were done,” he said.

Turner did not call any witnesses to testify for the defence.

In her own closing arguments, Crown counsel Shelley Hulko presented a different picture.

Hulko described how bank records showed Jacobs would cash a cheque from the Squamish Nation’s emergency fund at one bank, then deposit the same amount into personal accounts at a different bank half an hour later.

Hulko said in the past, the emergency money typically involved small payments, and those would usually be paid directly to third parties, like a landlord or BC Hydro. “It was extremely rare to give money directly to a band member,” she said.

Hulko said when Schneider began looking at the Squamish Nation’s accounts, Jacobs was in the top 50 payees. “That stood out,” she said.

Hulko said in calling finance staff in on weekends to issue cheques, Jacobs evaded the oversight function of department managers, who wouldn’t find out about the cheques until Monday morning. By then, “It was a done deal,” she said. “The cheques were already out the door.”

Once Jacobs was removed from her position, following an investigation by a lawyer hired by the Squamish Nation, the amount of money going out through the “shadow process” plummeted, said Hulko, but “nobody ever heard about needs that were suddenly going unmet in the community.”

Hulko said Jacobs “absolutely refused to provide anything” to help the finance department of the Squamish Nation ensure funds were being properly used.

The judge has reserved her decision, likely until September.