Q&A with economics professor about the district’s growth
Oct 23, 2016 6:00 AM By: Jennifer Thuncher 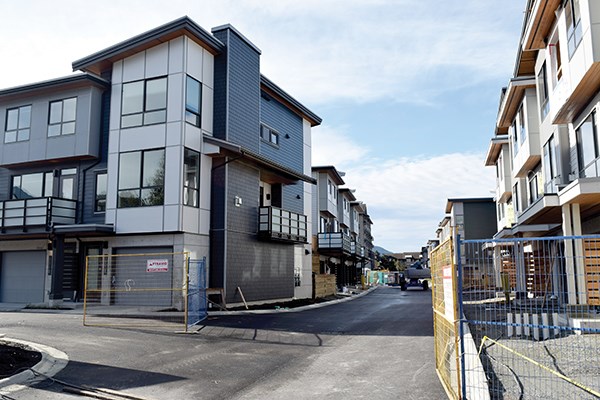 There is no question Squamish is going through a major growth spurt and it is changing the look and feel of our neighbourhoods and streets. With growth and change has come some excitement, but also some anxiety. The Squamish Chief caught up with Joshua Gottlieb, a University of British Columbia professor of the Vancouver School of Economics, for a conversation about Squamish’s changing landscape.


Q: How much growth is too much? Meaning, what is the tipping point where the number of people in a community leads to social problems?

A: A larger population generally signals that a location has something valuable to offer its residents. That could be access to jobs, recreational opportunities or simply a safe and pleasant place to live. Whatever the key driver, more people taking advantage of the opportunity signals that something is going well in that area, at least relative to the other options.

Restricting growth limits the number of people who can benefit from the location and its opportunities.

It also raises the cost of living for people already there. So there are big negative effects from restricting growth.

I don’t think there’s any particular tipping point where that reverses, but even if there is, it’s clear that Squamish is far from it. Vancouver has a population 30 times as large as Squamish, and remains a pleasant and mostly functional city.

So Squamish is simply far too small to need to worry about becoming unmanageably large.


Q: What are the consequences of rapid growth – positive and negative – in your view?

A: Rapid growth means rapid change, and that can be upsetting for people who are used to things being one particular way. But the absence of change is stagnation. So it’s imperative to accept changes when they occur, and make the best of them.

Squamish could end up with a beautiful, lively waterfront filled with restaurants and cafés along with new condos. This would benefit the whole community, far beyond developers and the new residents.

The negative consequences of rapid growth often result from government policies that prevent a community from adapting. In order to accommodate population growth, it’s crucial to relax zoning restrictions and allow denser development. The impact of, say, 3,000 new arrivals on traffic, prices, and the environment will be much larger if developers are forced to build dispersed single-family homes instead of townhouses or highrises.

If more people want to visit downtown Squamish, that increases demand for parking.

So Squamish may need to charge for parking to mitigate that demand, and allow garage construction to accommodate that demand. But if parking becomes impossible, don’t blame the newcomers, blame the politicians who aren’t adapting to change.

Affordability is another crucial issue to address here.

If builders are allowed to build high-density housing quickly, they can easily accommodate rapid population growth without increasing rents or prices.

We only see prices and rents skyrocketing when this new construction is limited by excessive regulations and slow permitting.


Q: What can be done by local government about the negative repercussions, if anything?

A: Since many of the negative repercussions result from government actions, the most important thing government can do is to avoid making those mistakes. Zoning should be very flexible and construction permits should be issued quickly and predictably. Government also has an important role in adapting infrastructure to handle new populations. But efforts to reduce that growth are likely to backfire and harm affordability.


Q: Can growth be deliberately slowed and should it ever be?

A: If you care about affordability, trying to reduce growth is a terrible idea. Here’s why: Rents and house prices depend on how much demand there is for living in Squamish relative to the number of housing units available.

Suppose that supply of housing is reduced. Then people who want to live in Squamish will compete with each other by paying more for the remaining units, and the highest bidders will win, driving rents up, and driving out those who won’t or can’t pay as much. Instead, if more housing is built, the landlords have to compete with each other for renters; this drives prices down.

All of this remains true even if the new housing being built is fancy and expensive.

How can that be? If new expensive housing is built, then people willing to pay the most will move into those new units. This frees up their old homes for everyone else, and increases competition among landlords in the non-luxury market. This drives down rents for the whole population.


Q: What is the best way for local government to ensure a rental housing stock for its citizens?

A: Allow new construction and competition in the housing market, and in the rental market in particular.

The government doesn’t have to do anything special to ensure that you can purchase other ingredients of Squamish life, skis, bikes or climbing ropes. When it allows private firms to compete, they will gladly produce products that people demand, and innovate to produce better gear.

The same is true for rental housing. The only way to keep apartments available, and bring rents down, is to allow more construction and competition among developers and landlords.

Most other interventions are just a giveaway from political losers to the well-connected who know how to work the system: If the government gives me a subsidized apartment, it’s not available for you. So one of us will end up paying more.

The one way that new construction might fail to contribute to local housing supply is if it is left vacant. So it could make sense to use the property tax structure to encourage owners to rent out properties that would otherwise be left vacant as a store of wealth, as sometimes occurs in Vancouver.

My colleagues and I have proposed a B.C. Housing Affordability Fund to deal with this.

This proposal involves a property tax surcharge for units that are not rented out, and not occupied as a principal residence by owners who pay Canadian income taxes. It induces someone who would otherwise leave a home vacant to rent it out in order to avoid the surcharge.