The municipality is creating a committee that will come up with ways to make reconciliation with Indigenous peoples a reality.
Mar 1, 2021 6:13 PM By: Steven Chua 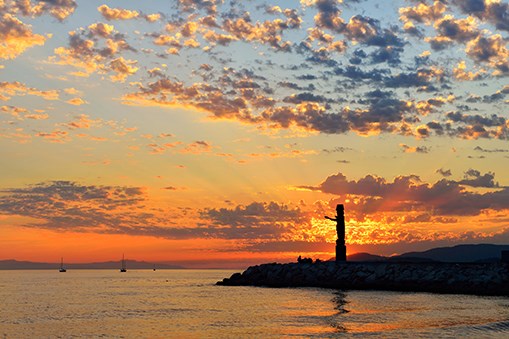 The District of Squamish is brainstorming ideas on how its new committee can implement the United Nations Declaration on the Rights of Indigenous Peoples, or UNDRIP.

On Feb. 23, council was provided an update by staff on progress being made on UNDRIP.

Staff said that bureaucrats are creating an IDEA committee, short for Inclusion, Diversity, Equity, and Access.

Elected officials later unanimously voted in favour of having staff draw up terms of reference for the IDEA committee. These terms will then be given to council for feedback at a future committee of the whole before adoption.

Such terms are expected to define how the committee will function.

Coun. Eric Andersen did not vote in the matter as he was absent.

The municipal staff-formed committee has been tasked with overseeing the implementation of UNDRIP and Truth and Reconciliation Commissions's calls to action, among other things.

"I think this is an important step," said Coun. Armand Hurford.

"I look forward to seeing the terms of reference come forward and we can identify appropriate actions."Back in 2018, the previous outgoing council of the day unanimously voted in favour of adopting UNDRIP to frame reconciliation in the District of Squamish.

Later, in November 2019 and September 2020, the current council and staff participated in workshops led by Ta7talíya Michelle Nahanee of the Squamish Nation that focused on UNDRIP and Truth and Reconciliation calls to action.

In this context, the District is creating IDEA, which is expected to create a report to council with a detailed work plan and project information later in 2021.

"What I'm hearing in the motion to me is the logical next step. And I would hate for us to get too caught up in trying to take on too much too early in this process," said Coun. John French.

"And I recognize that we are making up for lost time, and there is urgency [but] I wouldn't want us to get caught up in doing this too quickly and doing a poor job with it."

Mayor Karen Elliott noted that while staff are doing a lot of work on the file, there will be a role for council and the broader community in this work.

"This all shouldn't be on the shoulders of our staff," she said.