District of Squamish commits to diversity, equity and inclusion efforts

Council has approved the municipality's diversity committee's terms of reference.
Jul 20, 2021 7:23 AM By: Steven Chua 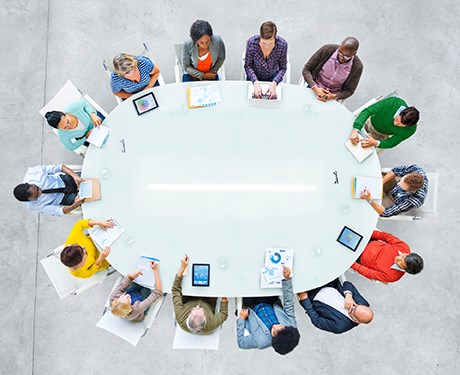 
On July 13, council voted unanimously in favour of adopting the terms for the Inclusion, Diversity, Equity, and Access committee, or IDEA committee,  which will act as a roadmap for the type of work it will do.

The committee was formed after council passed a resolution last year calling for diversity, equity and inclusion in the District's workplace.It's made up of employees across the municipality whose goal will be to advocate for greater diversity and inclusion, as well as implementing the UN's Declaration of the Rights of Indigenous Peoples and the Truth and Reconciliation Commission's calls to action in the workplace.

Some key points of the committee's work, which are embedded in the terms of reference, include goals to attract and retain a greater number of employees from diverse groups and ensure all facets of the municipality are accessible to anyone.

Keely Kidner, the municipality's research and projects co-ordinator, said that the idea is to create deep structural changes, as opposed to surface-level rearrangements.

That type of work will be more complex and take more time, but it will lead to meaningful change, she said.

As an example, she examined the traditional approach to workplace inclusivity and contrasted it with the structural approach the IDEA committee is aiming to pursue.

Traditional diversity initiatives put the onus on individuals to change, she noted.

Diverse recruitment efforts in these cases try to get others of different backgrounds into the organization, but do little to make those employees feel included, often leading to tokenism, she noted.

Anti-bias training in this setting addresses that everyone has unconscious biases, but it often evades discussion of power and responsibility, she said.

Another issue with traditional diversity efforts was that they often had disadvantaged groups testify about their challenges, but offered few or no solutions.

This would essentially become a form of trauma-mining that had little tangible benefit, and needlessly distressed the people sharing their stories, she said.

Instead, the IDEA committee hopes to focus on a newer form of DEI, or diversity, equity and inclusion practices.

This, Kidner said, involves an emphasis on several key areas.

Data and measurement; accountability; systemic change across departments and embedding the solutions into the process are all part of this new method, she said.

This is dubbed a structural approach, Kidner said.

"A structural approach uses three basic elements, researching and defining the problem — as opposed to reacting without knowledge, and, potentially, even causing more harm," said Kidner.

"Implementing changes at a structural level through design-based thinking. And that is designing structures to encourage behaviours and outcomes that allow diversity, equity and inclusion to flourish."

Ongoing measurements of the results will be necessary to ensure consistent improvement, she said.

Kidner said a good metaphor for the change would be the metamorphosis of a caterpillar to a butterfly. The change is structural and permanent. It's also not dependent on any one person, so it could persist through the organization despite staff changes.