Squamish currently has no restrictions on dispensaries
Nov 26, 2015 6:00 AM By: Jennifer Thuncher 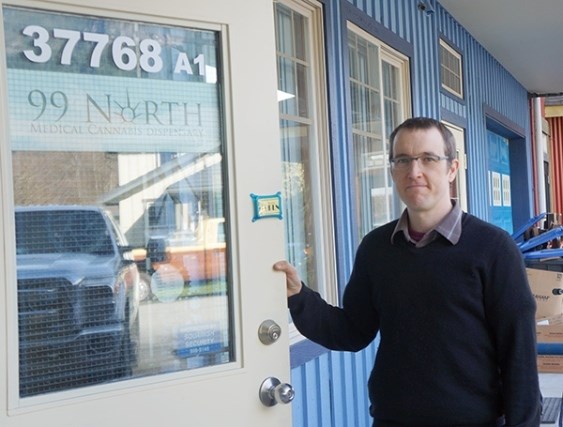 District staff is currently working on devising a policy after Councillor Susan Chapelle put forward a motion at council last week that staff look at marijuana dispensary business licensing. The motion called for adequate fees and zoning including setbacks from inappropriate locations.

“We have no bylaws that restrict dispensaries. For the safety of the public, we need to restrict areas close to schools and public buildings,” Chapelle told The Squamish Chief.

“We need to be proactive instead of when we have a dispensary moving in to somewhere inappropriate with access to schools.”

“Nobody knows what will happen with the new [federal] government,” said Chapelle. “Right now permit fees in Vancouver are $30,000 a year.”

District staff will have to do some work to create a Squamish policy, she said.

Raiser said he assumes most municipalities are working to find ways to deal with the possibility of more medical-marijuana storefront dispensaries in the wake of the election. He is optimistic the new federal government will clarify where medical marijuana dispensaries stand.

“Right now, everything is up in the air,” he said. “Our federal government has decided, rightfully in my opinion, to stop wasting billions of tax dollars destroying families and careers… but for what it is going to look like, nobody knows.”

The Liberal platform during the election campaign promised to legalize, regulate and restrict access to marijuana.

Jamie Shaw, spokesperson for the BC Compassion Club and president of the Canadian Association of Medical Cannabis, said both organizations recommend municipalities put a policy in place as soon as possible.

“The number of dispensaries in Canada has been growing rapidly since 2013 and… cities that move to regulate early are better equipped to handle the issue than ones who wait,” she said. “We also believe that cities who examine the issue now will be better informed, giving them a stronger voice in discussions with provincial and federal regulators.”

Raiser said in deciding what the final Squamish policy will look like the issue of whether or not to allow edibles will have to be debated.

“Both Vancouver and Victoria have said no edibles, except for oils and tinctures and such… I am not so sure that is good for everybody, but it will be part of the discussion,” he said.

In terms of distance from schools, he said if it makes people more comfortable to have that as a condition, that is fine, but he has never understood the concern around it.

He said “of course” medical marijuana dispensaries are not selling to children, and “because it is near a school doesn’t mean it is easier for them to buy.”

Raiser said the potential Squamish restrictions on marijuana dispensaries should be like those put on other businesses, and licensing fees should be in the $5,000 range, not Vancouver’s $30,000 fee, which he called akin to “extortion.”